Nollywood actress, Eniola Badmus has left fans and colleagues in awe after announcing her new improvement on her weight loss endeavor.

She revealed that her mission was to look fit and sexy not to be too slim. This morning, the video vixen took to her official Instagram to update fans of her latest progress and how far she has gone to becoming slimmer.

Sharing a photo, she wrote; Another morning with another routine……

Badmus has been on a demanding weight loss journey in the past few weeks and she has been open enough to share the emotional journey with her fans and followers on social media.

She shared a video of her workout routine on her Instagram page and captioned it as :

Y’all need to be at this work out session today……..My body rejected it oooooooooo I died I fainted I died I fainted was a bit intense and I tried new routines but thanks to my waist trimmer by @deshapeables GUESS WHAT I LOST 3INCHES FROM MY BELLY AREA ALREADY

In another video, Badmus was seen sweating profusely as she swung a heavy tyre from left to right.

“This Tyre is heavy oooooooo @deshapeables but why why……I’m dying oooooo,” the actress wrote in the caption that accompanied the video post.

Watch the clip below:

Upon sharing the post, some of her fans and colleagues were spotted in the comment section with words of encouragement for the actress.

Read some of the messages to Badmus below:

lauraikeji: “Wow, this is motivating.”

essence_colors: “When the results come some people will now be saying what is not..meanwhile they did not see the process and pain you went through.. well-done ma.”

joyce_unusual: “I so love your courage mami. Let peeps rant whatever they will rant,as far as you know what you want and you know your aim on this, you’re just good to go. Its a gradual process. Love you.“

olajumoke_opeloyeru: “May Allah crown your efforts. Keep pushing, you will reach there.”

Earlier this month, Eniola Badmus expressed excitement as she celebrates her birthday on Monday, September 7.

The bold and beautiful lady took to her social media page to share the good news with her fans and followers. 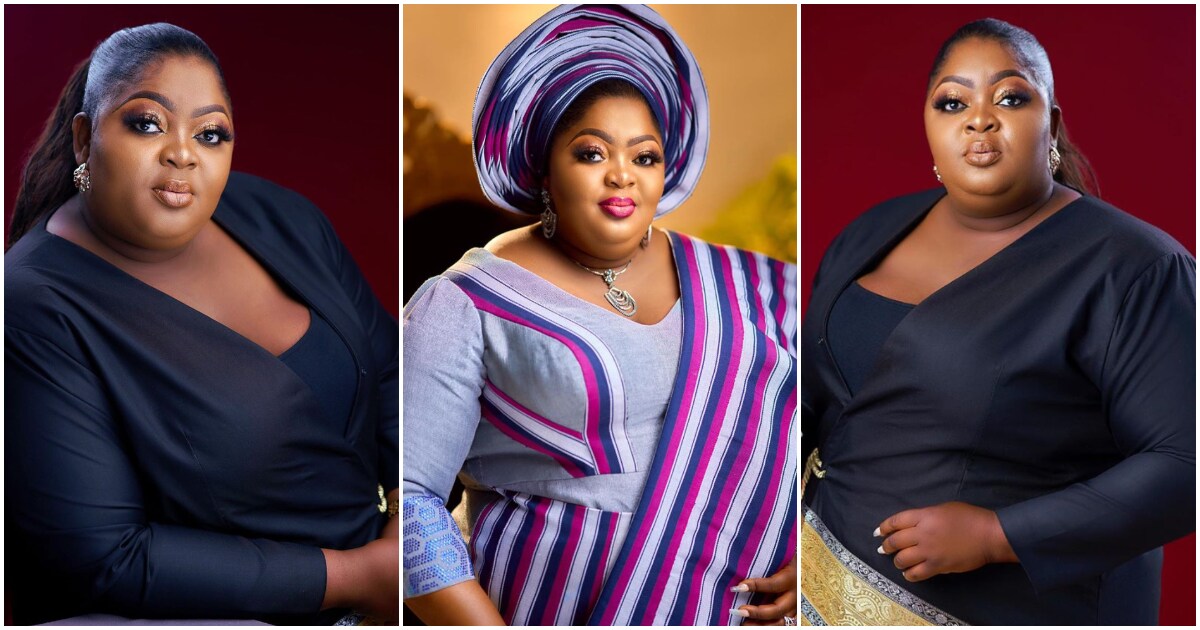 According to her, she wishes she could scream across the universe to show how happy she is to be alive on her big day. She noted that she is the happiest person on the occasion of her birthday.

In the mood of celebration, Eniola shared stunning photos of herself rocking different outfits.

The first set of photos showed the actress rocking a purple and sky blue outfit. The actress shared the photos to count down to her big day.

She had a diamond necklace and earrings on, her gele was tied to show off the perfectly laid edges of her hair. The actress’ makeup was also simple enough to complement her look.

PEOPLE ALSO READ  From Selling and Hawking Plantain chips As A Child To Best Actress, The Story of Toyin Abraham most people do not Know

Check out some photos below:

The screen goddess shared another set of photos on her big day. The recent exercises the actress embarked on seemed to have paid off as the photos showed her slim figure.

Eniola was dressed in a black see-through dress as she posed in the midst of some drop-down balloons.

The theme for the actress’ birthday seemed to be black and gold as it showed in the outfits she wore. More photos show her posing in a black dress. Her hair was packed to the back, her simple makeup complemented the face of the film star.