Mavin Records boss, Don Jazzy, has reacted to the recent outburst of one of his artists, Rema on social media.

Rema on Monday went wild with series of tweets via his Twitter account where he made a lot of revelations.

The Popular Nigerian artiste, also called out the Peoples Democratic Party, PDP, over the death of his father, Justice Ikubor.

He accused PDP of having a hand in death of his father who was was a high ranking member of the PDP in Edo State and former General Manager of the state-owned Ethiope Publishing Company before his death.

Following the development, twitter users who were concerned about Rema’s tweets reached out to Don Jazzy and asked him to do something about the revelations Rema was making on Twitter.

According to him, the singer is only passing a message.

“Why should I stop him from tweeting?

“He is passing a message. Read on,” he said. 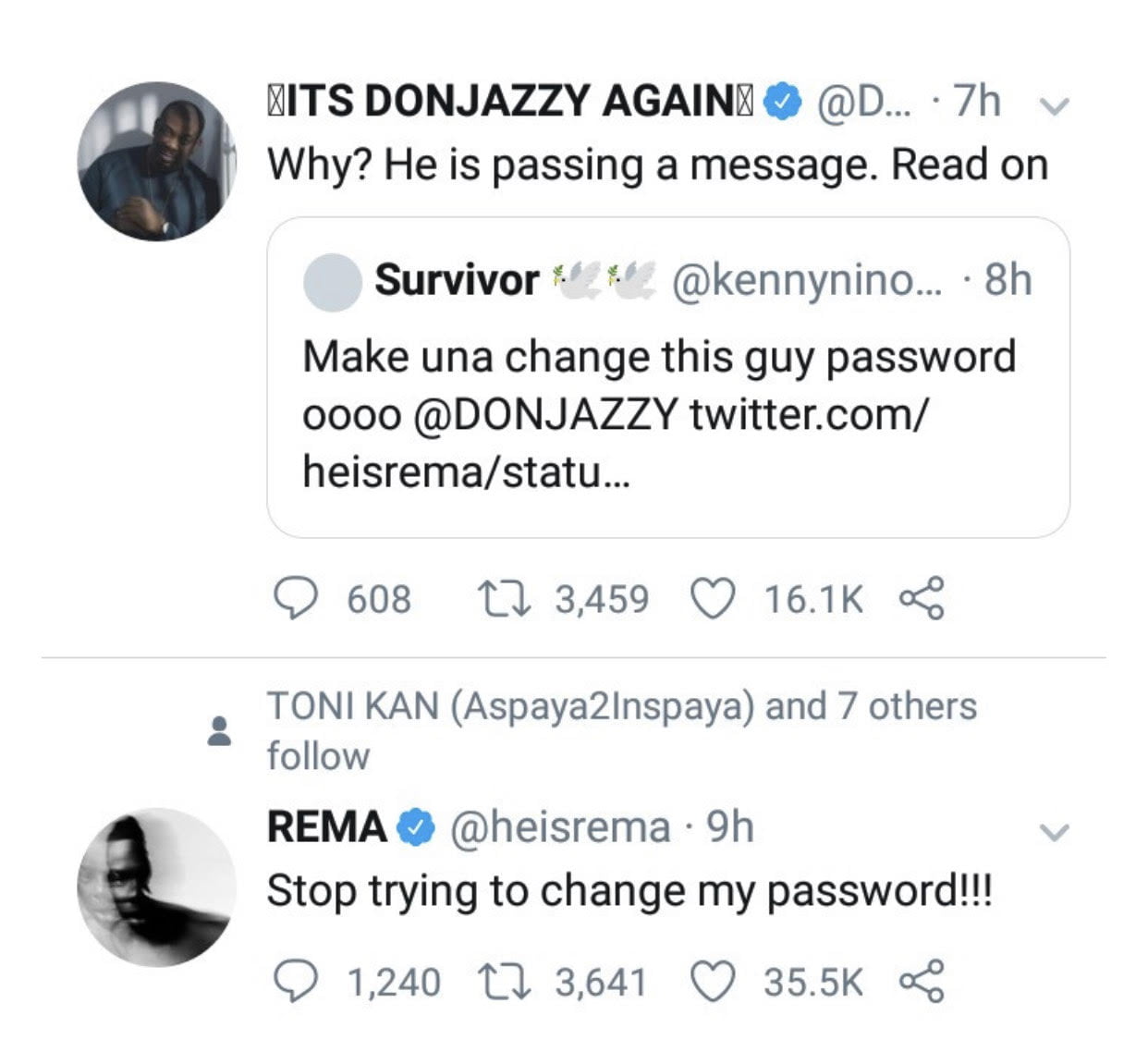 HOW I GOT THE STAGE NAME, OJOPAGOGO, IN 1986 – POPULAR YORUBA ACTOR, RASAQ OLAYIWOLA

“All The Biggest Boys Are On My Desk, I Have Taken Over” – Bobrisky