everal unfortunate incidents are springing up from the ongoing EndSARS protest across the country and one such case is the unfair treatment meted out on an aged granny who happens to be the mother of singer Oxlade’s manager.

According to reports circulating on social media, the talent manager identified as Ojah Bee was among peaceful protesters who got arrested by officers of the Nigerian Police Force (NPF) around the Surulere area of Lagos. 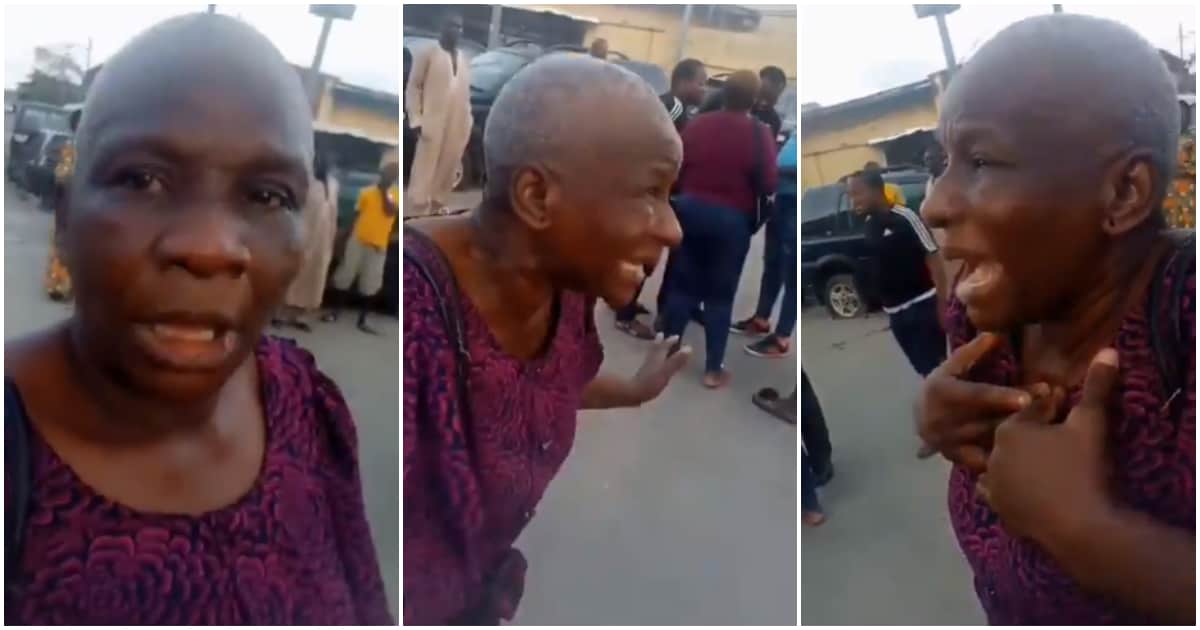 However, when the aged mother of the manager arrived at the police station, she was reportedly slapped across the face by one of the officers present.

In a Twitter video shared by Ojah Bee’s sister, Tolu, their mother was seen decrying the treatment she received simply because she came to the station in search of her son.

Still in a different video, Ojah Bee’s mother painfully vowed that the officer who slapped her will face the full wrath of the law for the unjust treatment.

A close look at the woman’s face shows the impact of the slap on her face.

Watch the clip below:

Several Nigerians who watched the videos on social media condemned the actions of the police officer involved and called for justice to be served.

‘Shh! Daddy Is Sleeping’ – Little boy innocently got everyone to cry the more at his father’s burial when he asked them to keep quiet because his Daddy is sleeping else they will wake him up (Pics)