The Nigerian Army said it would not release the names of its men stationed at the Lekki Tollgate on October 20, 2020.

Osoba Olaniyi, spokesperson for the 81st division of the Nigerian Army, said in an interview with Punch that it was unprofessional for the Army to reveal the names of the soldiers who were deployed at the tollgate that day. 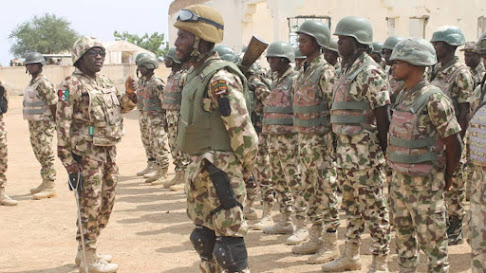 In the interview, Olaniyi also claimed that the Army would only appear before the judicial panel set up by the state government of Lagos to investigate allegations of police brutality in the state and the Lekki tollgate gunfire incident on October 20, if the invitation came from the state government and not from the panel.

On Friday, October 30, the judicial panel paid an unscheduled visit to the Ikoyi Military Hospital to inspect the mortuary.

They were refused entry initially, but were allowed in after a while. Later, they were informed that the morgue was being renovated.

“If we receive a letter from the state, we will go. Are we not under civil authorities? Are we not part of Nigerians? Have you forgotten that we did not go there (Lekki tollgate) on our own?

It is not the duty of the members of the panel to tell us that. If the state wants the (81) Division to come, they will write and we will oblige. See, if they have written to the division, it is our duty to go. It is not for them to go through the media as if we are scared of coming.

It is the state government that constituted that panel of inquiry. So if anybody needs to get in touch with us to come, it is still the state and not members of the panel.”  the newspaper  quotes him.

Initially, the Nigerian Army had denied being responsible for the incident. The Army branded the claims of soldiers opening fire at the tollgate as fake news in separate tweets. Olaniyi, however, stated in a statement released last week that the soldiers from the division were the ones who carried out the operation. He said, at the request of the Lagos state government, they were deployed to the tollgate and that they did not shoot any protesters either. 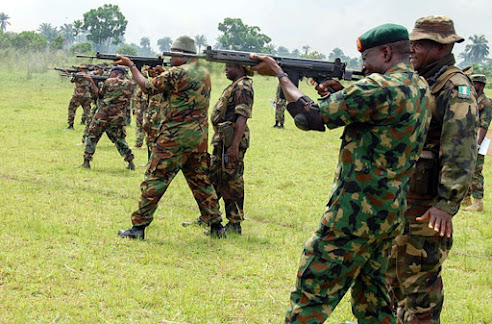 “At no time did soldiers of the Nigerian Army open fire on any civilian. From the onset of the ENDSARS protest, there was no time personnel of 81 Division Nigerian Army Lagos were involved.

However, the decision to call in the military was taken by the Lagos State Government (LASG) after a 24- hour curfew was imposed.

This was as a result of the violence which led to several police stations being burnt, policemen killed, suspects in police custody released and weapons carted away. The situation was fast degenerating into anarchy. It was at this point that LASG requested for the military to intervene in order to restore normalcy.

The state government of Lagos has yet to respond to the military’s argument that it called for soldiers to be deployed to the tollgate. Governor Sanwo-Olu has consistently said that he had no hand in the deployment of the military because calling in the military was not within his authority.

Man Who have 13 Wives,10 Concubine, Give Birth To 176 Children, Cry Out to Government For Assistance (details)