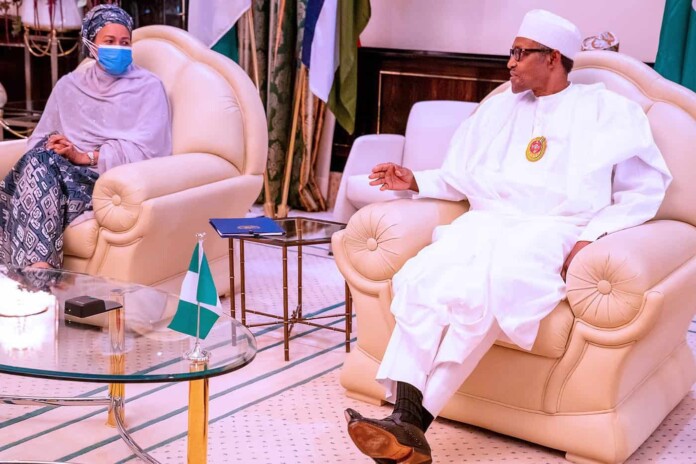 The United Nations (UN) has blamed recent widespread public protests in various countries, including Nigeria, on the harsh socio-economic effects of the Novel Coronavirus (COVID-19) Pandemic.

Deputy Secretary-General of the UN Amina Mohammed stated this on Monday after separate meetings with President Muhammadu Buhari and Vice President Yemi Osinbajo at the Presidential Villa in Abuja.

The UN Executive, who was responding to a question on the global body’s stand on the #EndSARS protest in Nigeria, however lauded the nation’s response to the demands of the protesters, describing it as the quickest so far.

According to Mrs. Mohammed, the lessons learnt from Nigeria’s response to the protests are part of what would be taken into the future on how to manage conflict situations.

She noted that the demands of the protesters and the steps now being taken by the Nigerian government are the building blocks to the process of needed reforms for security as well as rebuild trust between government and the people.

“The UN stance is clear, like the UN Secretary General had said in his speech, we believe everyone has a right to demonstrate peacefully for those issues they want to raise with their government.

“There is a social contract in place between the government and the people and it is important to have that freedom of speech, provided it is done peacefully.

“I think in the case where we heard that lives and property were lost, it was unfortunate and we believe that in addressing the demands that were made by young people, that in fact this is perhaps a lesson we can take into the future and how we engage in such issues.

PEOPLE ALSO READ  I Would Never Use Bleaching Cream On My Body,” Says Vee On Her New Endorsement Deal

“I have to say that there are lots of protests around this world that have been exacerbated by COVID because, COVID has left people out of work, left people hopeless because of the socio-economic impact and in many of those protests, we have not seen governments turn around in response as quickly as this government did.

“So, the UN’s response to this is that, we must make sure that what happened in this protests we are able to address those issues, those gaps and begin the reform, in fact I will say the transformations that are needed to address many of these outstanding issues and for that we need to engage youths, we need to engage government.

“I think what has been put in place are those building blocs and the support of the UN has been asked to make sure that those convenience can happen and that we can build back trust and have confidence-building measures in order to get to where we need to, where the social contract between government and the people is firm and trustworthy and is working for the benefits of the Nigerian people”, she said.

Man Who have 13 Wives,10 Concubine, Give Birth To 176 Children, Cry Out to Government For Assistance (details)