Nollywood actress Nkechi Blessing Sunday opened a new store on Sunday, November 15, and it witnessed the attendance of friends and colleagues in the industry.

As expected, the actress shared photos and videos from the event on her official Instagram page and it got her fans and followers hailing her. 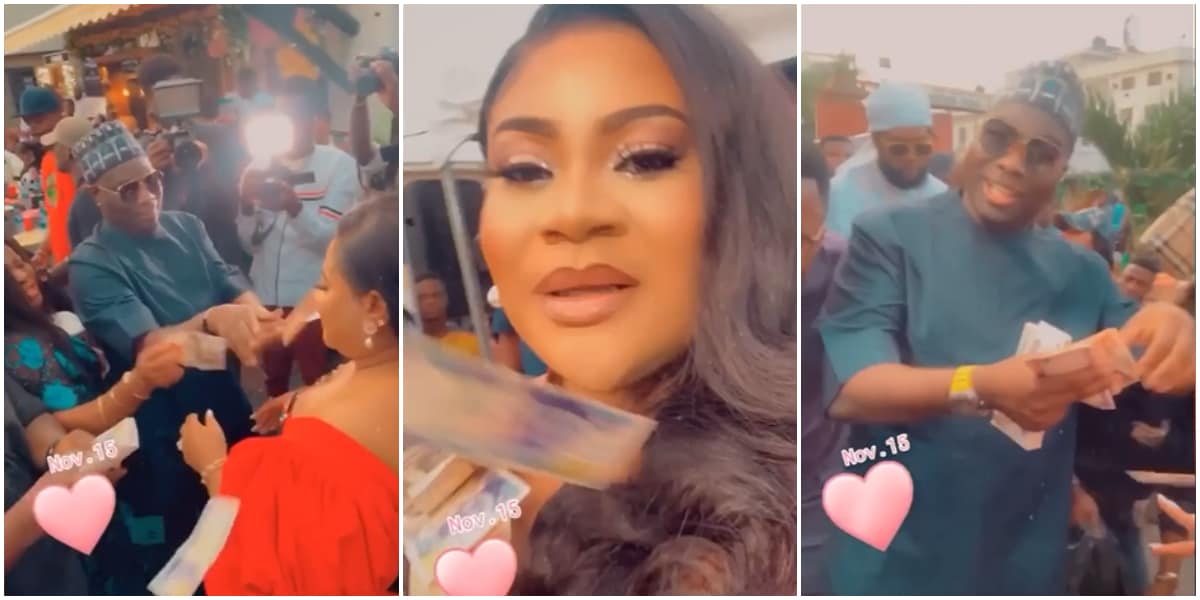 In the video shared by the actress, she was dancing to the music playing in the background as her friends sprayed her with money.

According to Nkechi, actresses Iyabo Ojo, Mercy Aigbe, and others were in attendance and even patronised her new business.

Popular bureau de change operator Mompha was also spotted at the event, spraying the actress with new notes of naira.

In other videos shared on social media, friends of the actress were seen spraying her with money as they gathered around her while she danced.

The actress took to her Instagram page to address her detractors who have kept pestering her to walk down the aisle. She challenged them to come and drag her on social media.

The film star who did not seem to mind not being in a relationship explained the reason.

According to Nkechi, she would rather be single and happy. Explaining further, the film star said that it is better for things to be that way than for her to be married but depressed.

Social media was filled with news of the marriage ceremony of the popular Nigerian actor and comedian Willaim Uchemba to his long time girlfriend. The occasion was graced with several important personalities which included his colleagues in the Nigerian movie industry. William tied the knot with his girlfriend Brunella Oscar during the weekend and the occasion was a successful one.