On Sunday, November 15, Nollywood actress Nkechi Blessing Sunday opened a new store and friends and colleagues in the industry attended.

As expected, on her official Instagram page, the actress shared photos and videos from the event and it got her fans and followers hailing her.

She was dancing to the music playing in the background in the video shared by the actress as her friends sprayed her with cash. 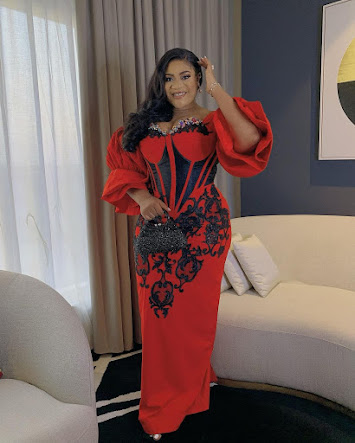 Actresses Iyabo Ojo, Mercy Aigbe, and others attended and even patronized her new business, according to Nkechi.

Also spotted at the event was renowned bureau de change operator Mompha, spraying the actress with fresh notes of naira.

In other social media videos, the actress’ friends were seen spraying her with money as they gathered around her while she was dancing.

Nkechi Blessing shared a video showing millions of Naira from her recent opening of the store.

The celebrity was seen in a recent video, swimming in cash, stating that they had not finished counting all the money, showing the bundles of cash that had filled the room.

Below are some photos from the party… 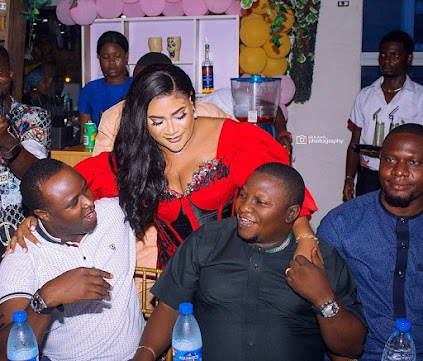 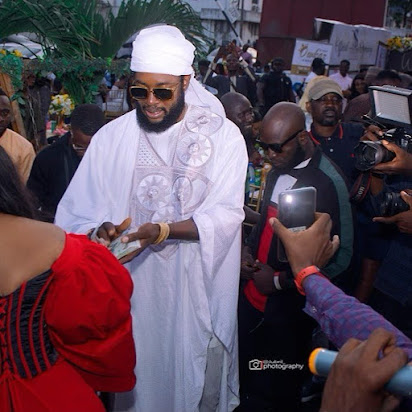 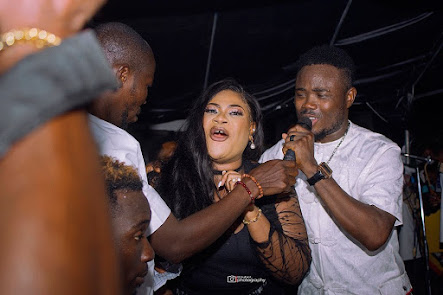 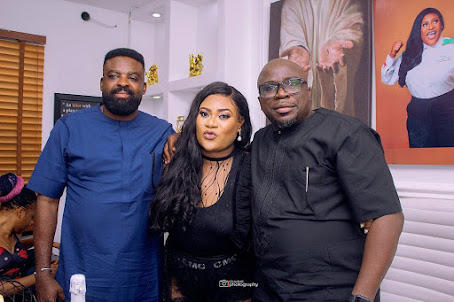 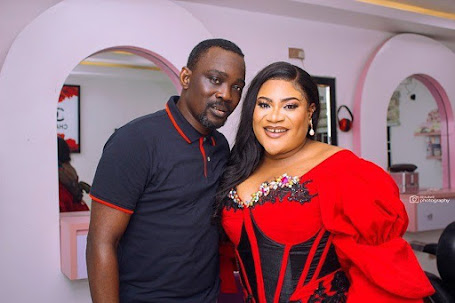