Kunle Afolayan slammed a follower who asked why he had no subtitles for his new film.

The follower wrote: “@kunleafolayan Citation Is A Great Film No Doubt, But Non Subtitle Of French Part Is A Great Disservice To The Movie.”

It turns out however that the film has Netflix subtitles, and the follower probably watched it on an unauthorized platform, and Kunle was angry.

And the filmmaker responded: “You are a very stupid idiot. That’s what you get if you keep downloading films from unauthorized streaming platforms. Omo ale.” 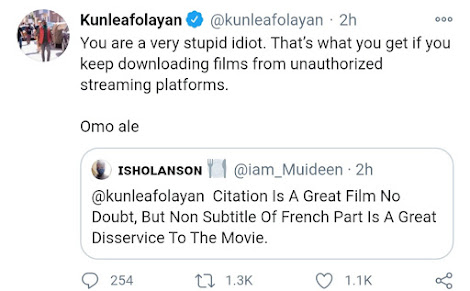 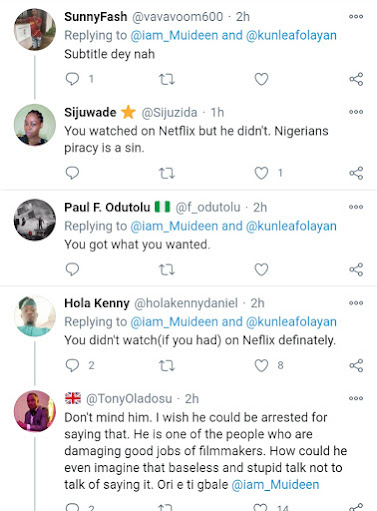 “Don Jazzy Is Destined To Marry At Age” – Uche Maduagwu

I’m happy even without marriage and children – Don Jazzy reveals