The nomination list for the 63rd Grammy Awards has been rocked with controversy with several artists not pleased with the outcome.

American singer and dancer, Teyana Taylor has called out the organizers of the Grammy Awards for only nominating males in the Best R&B Album category.

The “Gonna Love Me” singer took to Twitter to express her frustration with the Grammys over the nomination.

She wrote: “Y’all was better off just saying best MALE R&B ALBUM cause all I see is dick in this category,” 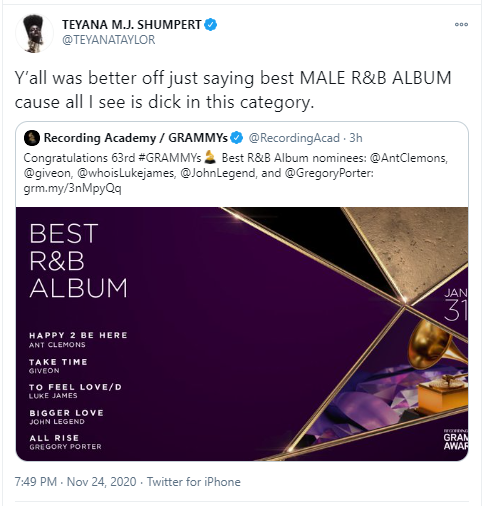