Recently, there was a drama in Lagos when a sugar mummy allegedly hired thugs to storm her younger lover’s traditional wedding and interrupt the ceremony.

The incident was narrated by a Twitter user known by the handle, @jeyleekrane, while hopping on the #sugarmommy trend.

He revealed that to disturb the traditional marriage, the sugar mummy hired hoodlums and took away food. 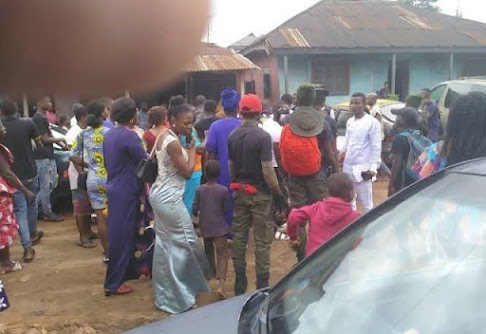 She also took the keys to the car she purchased for him and demanded that N2.5m, which she recently spent on him, be refunded by the groom.

According to our eye witness them say #Sugarmommy collect the guy car keys , Pack all the food stuffs , insist that the guy most refund 2.5million spent on him the last months,” he wrote. 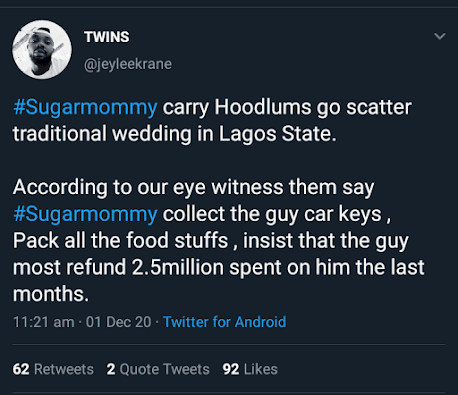