Reactions from Nigerians as a Photo of Kolawole Ajeyemi, Toyin Abraham’s Husband and Ire their Son surfaced the internet. Apparently what caused the reactions from social media users was because, In the Picture Kolawole was facing the camera while Ire backed the Camera which made his face impossible to see.

Recall that the couple posted a photo showing Ire’s Face Months after his birth. Opinions from Social media Users is that the couples are still hiding their son’s face despite his face has been unveiled to social media. 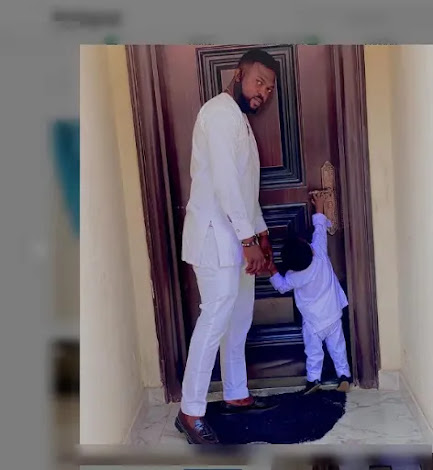 Check out some reactions: