A tragic incident occurred this morning in Rukpokwu community of Rivers State as a young Keke Napep driver was allegedly shot dead by a policeman.

Instagram user @Jordiithegreat who shared videos from the scene, alleged the commercial driver was shot dead after he refused giving the policeman N100. 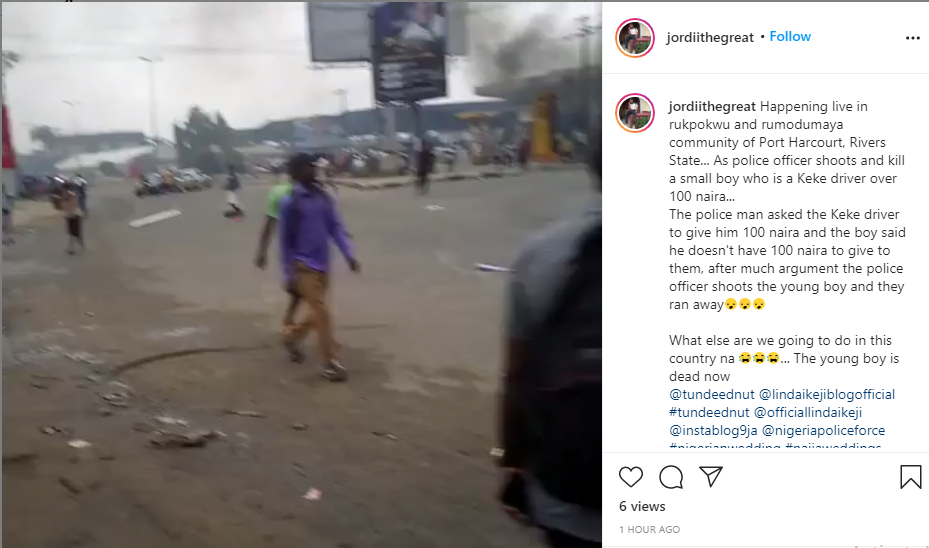