Members of the NKST Church, Achusa, Makurdi, Benue State, locked their pastor and his supporters out of the church on Valentine’s day.

They asked him to vacate his seat and leave the church on Sunday, Feb 14.

The church members, who were reportedly uncomfortable with the pastor’s methods,  also stopped him from conducting Sunday service, The Nation reports.

The members accused the resident pastor of preaching and living some strange doctrines. 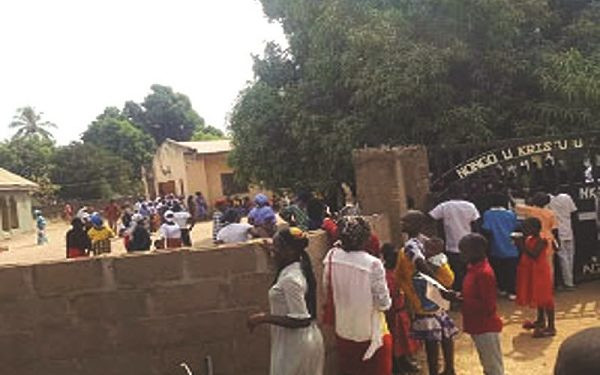 Worshippers who turned up for Sunday service were also stranded as they could not get into the church premises.

Photos from the scene show worshippers standing outside the locked gate, hoping to gain entrance.

The ousted pastor and his supporters remained adamant and said they will not leave.

However, under the NKST church rules, only the Synod in Mkar, Gboko can sanction  a resident pastor.

Help me Bless them with Your Pray, Actor Dejo Tunfulu said as he shared the picture of his Grandchildren