British socialite and accused child sex trafficker, Ghislaine Maxwell has offered to give up her UK and French citizenship in exchange for bail.

Ms Maxwell has been in jail in Brooklyn, New York, since she was arrested last July at her secluded mansion in the state of New Hampshire.

She is due to stand trial in July but has been trying to get bail which she has been denied twice.

In a court filing, her lawyers said she had no desire to leave the US and would be willing to renounce her foreign citizenship “to eliminate any opportunity for her to seek refuge in those countries”, the filing added. 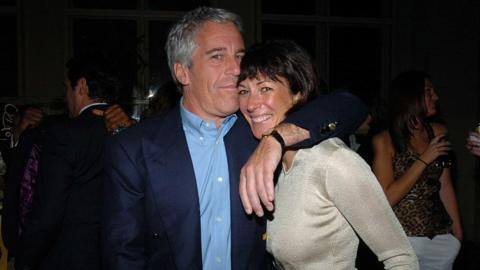 Her lawyers also proposed that her and her husband’s assets be placed in a monitored account, to prevent her being able to use the money to leave the country.

In her last bid for bail in December, her lawyers proposed that she be allowed to return home with armed guards to prevent her from escaping.

But Prosecutors argued she could use her wealth to flee to France or the UK where she is a citizen and suggested she might try to avoid extradition.

Four of the charges against Ms Maxwell relate to the years between 1994 and 1997, when prosecutors say she helped Epstein groom girls as young as 14. The other two charges are allegations of perjury in 2016.

She faces up to 35 years in prison if convicted in her trial in July.

Her former boyfriend, Epstein died in a prison cell in August 2019 as he awaited trial on sex trafficking charges, more than a decade after he was convicted for soliciting prostitution from a minor.

July 26, 2021
End Of The World? The Dad Who Gave Birth: How A Trans Husband Get Pregnant For His Wife

End Of The World? The Dad Who Gave Birth: How A Trans Husband Get Pregnant For His Wife

July 25, 2021
Even With Evil Uncles, I Still Graduate: FUTO Graduate Flies Polo Bearing Weird Inscription as He Signs out

Even With Evil Uncles, I Still Graduate: FUTO Graduate Flies Polo Bearing Weird Inscription as He Signs out