A disc jockey identified simply as “Abiodun”, has reportedly died from stab wounds he sustained while on his way to the studio in Ikorodu area of Lagos state.

The entertainer’s cousin, @jummiekaycole alleged that he died after a hospital he was rushed to by Good Samaritans allegedly refused to treat him. She also disclosed that he died at the age of 27.

Apparently my cousin got stabbed on his way to the studio at Ikorodu around 7am yesterday, Good Samaritans took him to the hospital, but as usual Nigeria healthcare had their way with him, he died because they wouldn’t treat him Thank you Nigeria

Rip Abiodun, he was 27 years 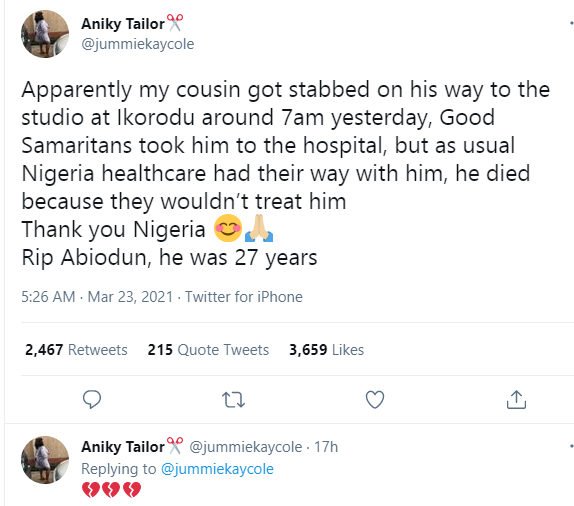