On May 14, 2019, in an Instagram post to his followers, Andy Brennan, who plays for Hume City in Australia and previously played for Newcastle Jets, made history when he became the first male Australian footballer to publicly come out as gay.

Now he says ever since he made the decision, he hasn’t regretted it and is a living proof of a professional gay footballer. 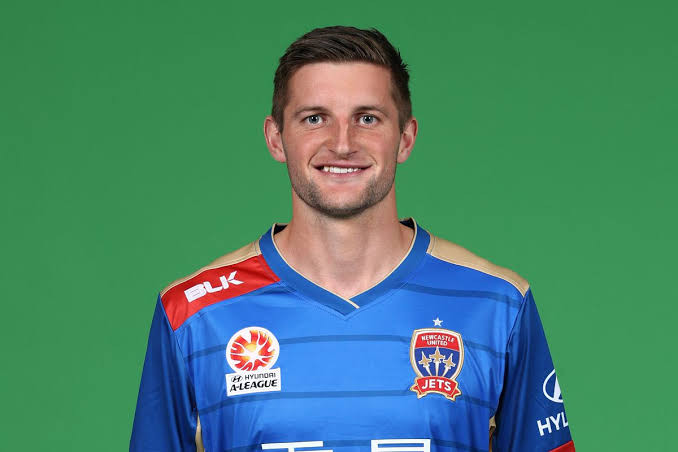 Being gay is something rarely spoken about in professional football.

The ‘ideal’ footballer or soccer player is heterosexual which is why Brennan shocked the entire football world when he came out as gay.

In 2020, an unnamed Premier League footballer, who has known since aged 14 that he gay, is said he is “too scared” to publicly come out because he feels that football has not “moved on” compared to the rest of society.

“Even though society has moved on massively since I was a teenager, the game simply hasn’t,” the unnamed footballer said in an open letter via the Justin Fashanu Foundation.

“Those running it need to put more measures in place so gay players know they will get the support they need. The powers-that-be are only playing lip service to the issue.” 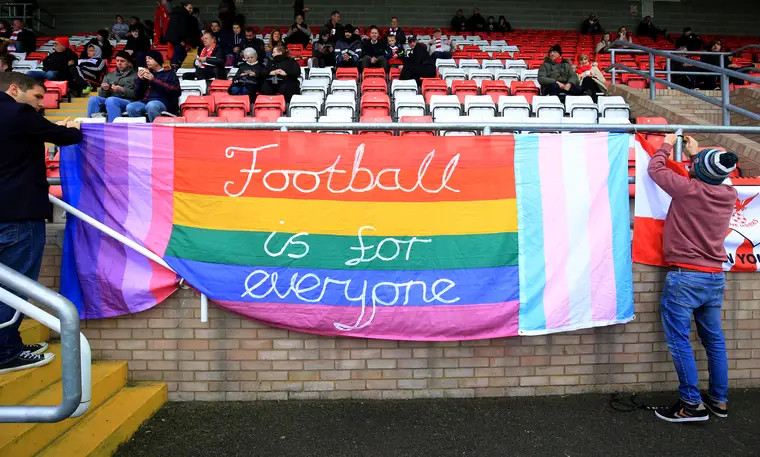 Brennan says he hopes others can be bold like him and come out too.

“I definitely think it’s about education and people saying things without realising how much of an impact it has on gay people,” Brennan told SPORTbible.

“It feels like there’s a deep-rooted thought that you can’t play football and be gay. I’m living proof that you can and people do accept it.

“It’s so hard to put your finger on why people wouldn’t do it [come out]. But the fear is so real. The fear that you won’t get equal opportunities after putting so much time and effort into making it and to suddenly have that all put in jeopardy is a scary thing.

“If that person does come out, they are going to get so much publicity out of it. I certainly didn’t want that when I came out as gay. I didn’t want to do public speaking or anything like that, but then it got to the point where I realised how important this is.

“I was getting messages from 16-year-old kids in Australia, who had grown up in the same kind of environment as me. I thought, ‘How the hell is this going to change if nobody speaks about it and pushes the subject while getting people to talk about it?’

“It makes sense that people would be so apprehensive about it. But hopefully with more education and more people talking about it, people can open up.

“Statistically speaking, there’s got to be people playing in the Premier League and Championship that are gay, but unfortunately those people will wait until they stop playing to come out. Even if it’s just one person who plays at such a high level and does come out – that might spark others to do the same and say, ‘It’s ridiculous that I’m holding this in.’

“Hopefully someone finds the courage to do it because it would be huge.”

“It’s taken me years to get comfortable saying this – I’m gay.”

“It got to the point where I was sick of holding it in and I was fighting it internally,” he told SPORTbible.

“I was carrying those insecurities, so to get rid of that was a huge relief,” he says.

“I remember at first, I just told people I was bisexual because I felt like that would be easier to say but later I opened up and said I was gay. That took a long time to do.

“Every person you spoke to, whether it was your friend or a teammate, or even a coach; I had that same kind of fear going into a conversation. Especially because if it’s a friendship, you just don’t how they are going to respond. That fear is scary.

“Those fears were the same in football. I’ve spent my whole life playing the game and I obviously love it but I kept thinking, ‘Does this mean I’m going to have to stop playing? Am I going to get abuse from fans? Are the players not going to accept me?’

“Obviously in the changing room, you’re getting dressed and getting ready, training four times a week. It would play on my mind. Now it doesn’t bother me but getting to that point was a relief because it was such a burden. I was constantly thinking about it.

“All those thoughts and feelings got into my head and lots of scenarios play out, so when you finally talk about it and see people actually don’t care and just want to play; that’s the most important thing.”

“I was more worried about the more minor things; whether people would act different or shy away from me while they were getting dressed in the changing room,” says Brennan.

“I didn’t care – and it wasn’t as if I was hitting on people or looking at them when i went in the room. For me it is, and has always been, about football. I want to go out and play, train and win. That didn’t change. For them to have the same reaction and not care about the personal stuff was brilliant.”