Eniola Badmus gave an interesting response after a follower asked if she’s depressed.

The actress had put up a post, calling out “Internet monsters” for pitting actors against each other.

Her post came after Toyin Abraham said during a video chat with Iyabo Ojo that she never paid any blogger to write anything about actress, Liz Anjorin as the former had claimed. Toyin added that it was a statement a fan made that caused problem between them.

A follower replied to Eniola, asking, “Are you depressed?”.

Eniola responded by giving all the reasons why she cannot be depressed.

See her response below. 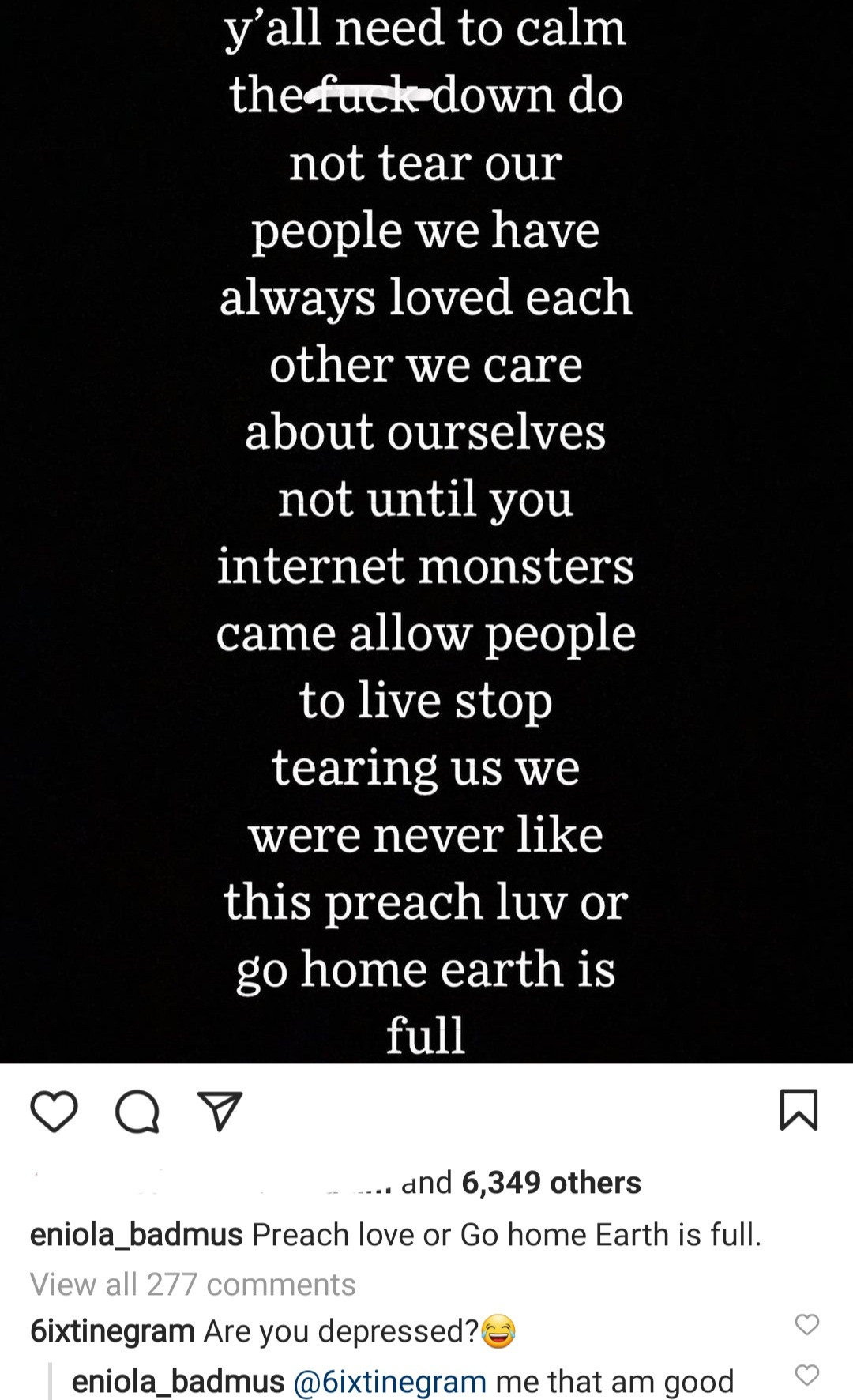 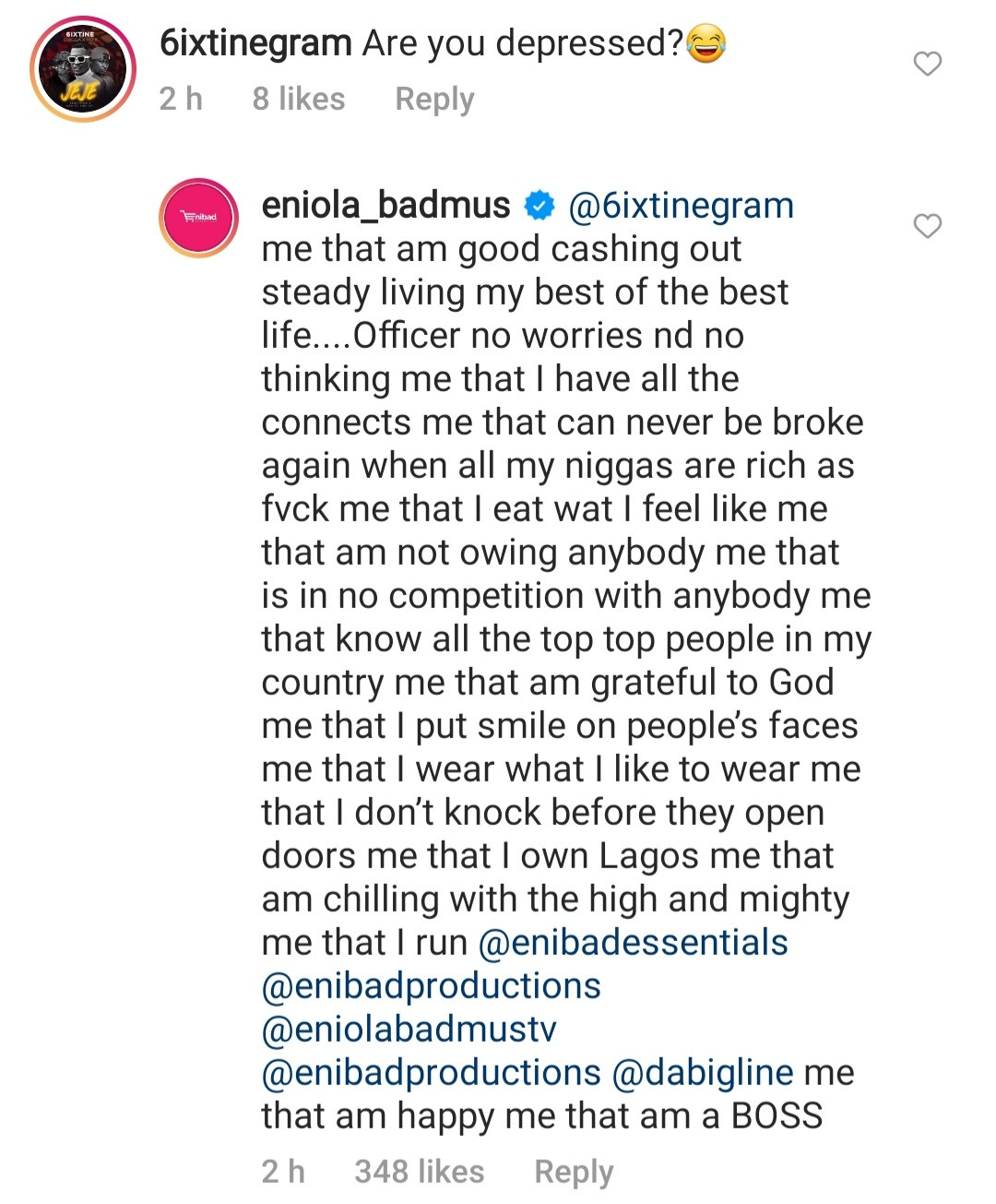