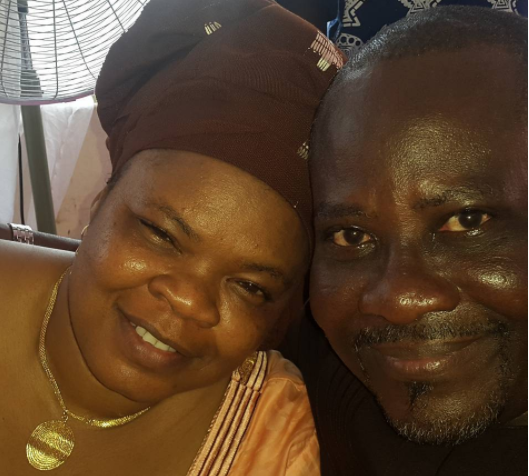 In the Nigerian entertainment world, Sunday Omobolanle aka Papi Luwe is a renowned comic actor, playwright, film director and producer who many look up to as a role model.

For him, he joined the industry many years ago and he has done so many things for himself in the industry especially when he took the lead in the then number one movie caucus in Nigeria known as “Awada Kerikeri

Aluwe was married to 2 women and the union is blessed with wonderful children who are making him proud today.
Though, not many people are aware that Aluwe was a polygamist as actress Peju Ogunmola is the only known face among them and many believed she is the biological mother of star actor, Sunkanmi Omobolanle. 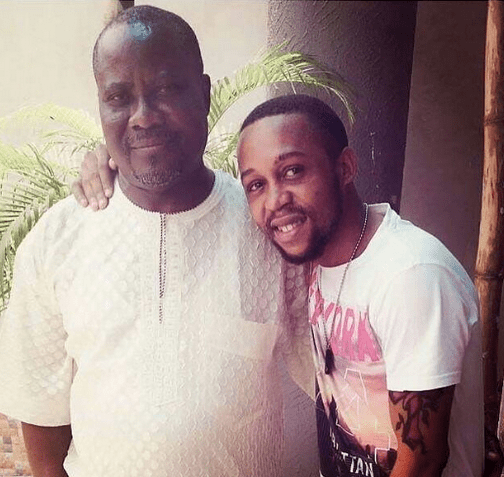 Aluwe’s first wife is the mo ther of Sunkanmi and she died long time ago precisely in the year 2006. Alongside Sunkanmi who is the humorist’s first child, the deceased had one boy and two girls.
Advertisement 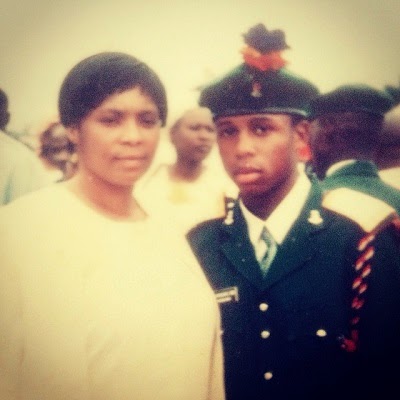 The 4th child of the veteran is named Shola Omobolanle and he is the only child of Peju for Aluwe. 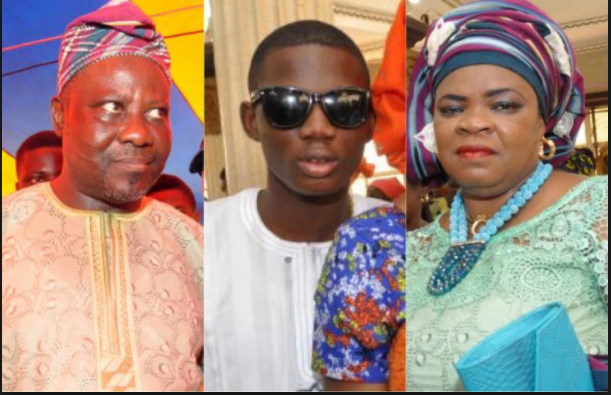 In this interview with City People, the father of four tells his love story with Peju…


You are one of the blessed actors in the industry, you have a wife and a son who are making waves’s how does this makes you feel?

That is a long story. I actually don’t know how to start but. It is  God who made it that Peju Ogunmola my wife is the daughter of our father in the industry, Chief Ogunmola.

For our son, Olasunkanmi, If you ask him, he will tell you never wanted him to act but to God be the glory, he has carved a niche for himself.

Let talk about your wife, Peju Ogunmola, what is the Love story like?

If I start, we won’t leave here but I will try to be as short as possible. Like I said, Peju Ogunmola’s father was like a father to many of us.

When we travel all over the federation for stage play and we are coming back to Lagos, we always branch to Pa. Ogunmola’s house. Then Peju was so young and very pretty. So I always joke with her that I will marry her.

She will say I am not your wife and I will not marry you. And that was how we later ended up together and we have been together for over 3 decades and still counting. So, I met Peju in her father’s house.

How was it like getting you to agree to Olasunkanmi to act?

Sunkanmi is another man entirely and this is because Sukanmi started acting at age 9 even before he went to Military School Zaria. I must confess to you, I didn’t support him initially.  This is because I wanted him to do something else.

Then acting wasn’t even as lucrative as this. Things were difficult in the industry then, but I thank God that he followed his passion.


Why is it that we hardly see you in movies these days?

People may think I am very selective but I have a name to protect. I look at script and read well any script before accepting it.

I don’t care about how much the producer is ready to pay me. I protect my name and I don’t joke with my integrity. I don’t want to act any role  that will tarnish my image.