Igbo people are known for their diligence and broad participation in business life in Nigeria. Igbo businessmen and women have been playing significant roles in Nigerian industrial and business spheres for a long time. This explains why so many of them are quite wealthy. Find out who the richest Igbo man Nigeria is below.

Here is the latest ranking of the wealthiest Igbo men and women in 2021.

Although her exact net worth remains unknown, Arunma Oteh is known to be very wealthy. She was the treasurer and Vice President of the World Bank. Before this position, she was the Director-General in the Securities and Exchange Commission in Nigeria. Arunma Oteh oversaw the regulation of capital markets in Nigeria with Nigerian Stock Exchange.

Nduka Obaigbena is a Nigerian media tycoon. He founded the Nigerian-based African newspaper This Day. Obaigbena is also the publisher of the African-focused style and culture magazine, Arise, and the 24-hour channel news station, Arise News, based in Nigeria.

Kanu Nwankwo is another well-known football player of Igbo origin. He made a brilliant football career in the best European clubs of the top division and won many awards.

Linda Ikeji started off as a model, but then she turned her focus to her blog about show business, news, social life fashion, and beauty.

Playing for first-class football clubs all over the world, Obi Mikel has made a huge net worth of about 45 million US dollars.

Mr. Vincent Amaechi Obianodo founded the Young Shall Grow Motors Limited many years ago in the early 70’s. He is a hardworking businessman and one of the trailblazers in the Nigerian transportation business.

Tony Ezenna has earned money due to his pharmaceutical company. Before this, he worked in his family apothecary.

He is the founder of Orange Drugs Nigeria Limited, a company that specializes in the distribution of pharmaceutical and beauty products from Indonesia, Germany, Italy, and the United States to Nigeria.

Mr. Maduka started as learner at a mechanic workshop when he was seven years old. But currently, he owns Coscharis Group. Coscharis Group is one of the largest Nigerian car companies, which deals with cars and car parts.

Jim Ovia is a successful Igbo businessman. He foundered Zenith Bank, which is considered one of the best banks not only in Nigeria but the whole of Africa. Mr. Ovia also makes investments in telecommunication and real estate.

Dozie is a co-founder, partner, and non-executive partner of Africa Capital Alliance. Mr. Pascal Dozie is also the founder of Diamond Bank Plc.

As the founder of Africa’s biggest car making company, Innocent Chukwuma has an estimated net worth of $1 billion (N362 billion).

Orji Uzor Kalu is also an influential politician. He is the founder of SLOK Holding, a west African conglomerate. 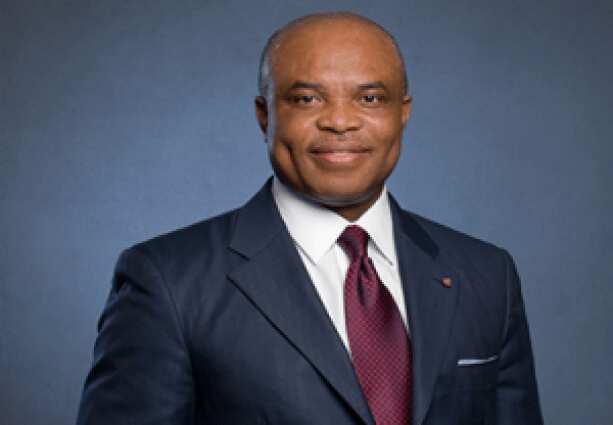 Dr. ABC Orjiako is a heavyweight of the Nigerian oil and business sphere. It’s interesting to learn that Mr. Orjiako was a highly skilled orthopedist and traumatologist before he became a businessman. Doctor ABC Orjiako established SEPLAT, one of the biggest Nigerian oil companies.

Currently, he is a businessman, education philanthropist, and politician. Mr. Rochas is the founder of Rochas Foundation, which consists of special schools that are placed all over Nigeria. These schools offer education to poor children.

Tony Elumelu is known as one of the most influential people in Nigeria. He is a perfect economist. He owns the Tony Elumelu Foundation. He was formerly chairman of UBA United Bank for Africa. Mr. Elumelu also invests in the real estate, finance, energy, agriculture, and health sectors.

Ifeanyi Ubah is a Nigerian businessman and politician. At present, he owns Capital Oil and Gas Industries and Ifeanyi Ubah Football Club. Ifeanyi Ubah started from scratch, and now he exports motor tires and spare parts in West Africa.

Ifeanyi Ubah also does his business in Belgium and the UK. He is also involved in mass media and founded The Authority, a Nigerian daily newspaper.

Cletus Ibeto from Nnewi began his entrepreneurial activity with the importation of spare parts for cars and motorcycles. It’s interesting to know that Nnewi is a city of entrepreneurs, businessmen, and also Igbo millionaires.

At present, Ibeto Group is involved in the manufacturing of oil lubricants and other oil products. At the same time, Ibeto Hospitality, a branch of Ibeto Group, consists of many hotels in Nigeria. Moreover, Cletus Ibeto’s other business includes banking and finance and real estate.

Who is the richest Igbo man?

Emeka Offor is the richest Igbo man Nigeria, with a net worth of $5.8 billion. Emeka Offor is engaged in the Nigerian oil and gas industry.

October 22, 2021
A Lot Of Young People Join #EndSARS Protest Because It Has Become Fashionable – Shagari’s Grandson