The services of the three social media apps owned by Facebook Inc went down around 5pm on Monday, October 4

A spokesperson of the company, Andy Stone, has reacted to the shutdown, saying efforts are ongoing to restore the services

The services of the three global social media platforms, WhatsApp, Instagram and Facebook have all gone down in a major outage. The Independent UK reported that the social media apps which are owned by Facebook Inc and run on shared infrastructure all completely stopped working shortly before 5pm on Monday, October 4. 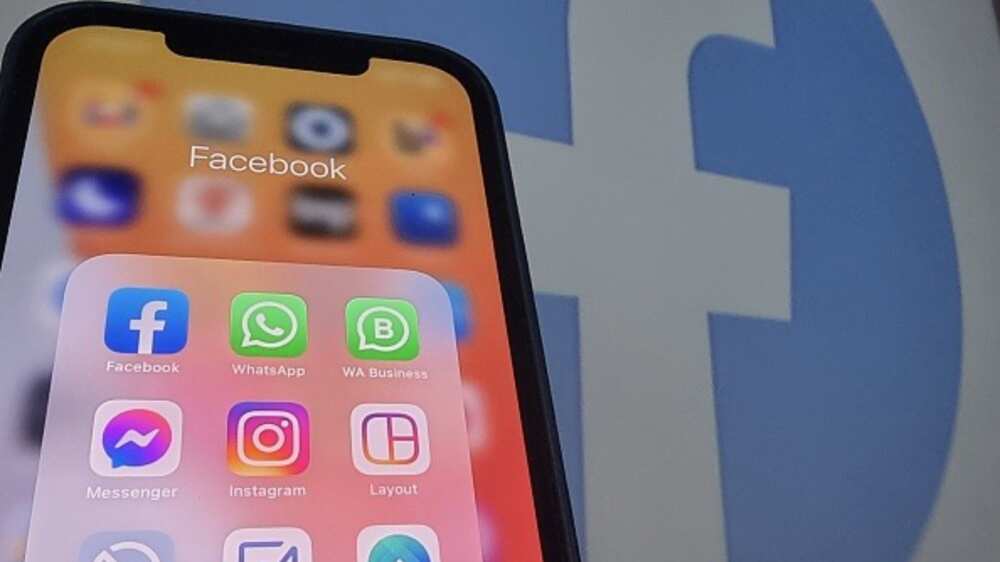 Photo credit: Christoph Dernbach/picture alliance Source: Getty Images In what appeared to be a global shutdown, kNOWLEDGE notes that the three apps also stopped working in Nigeria around the same time.

According to The Independent, a spokesperson of the social media giant, Andy Stone, has said the company apologised for the problem but gave no indication of why the outage began or how long it might take to fix it.

“We’re aware that some people are having trouble accessing our apps and products.

“We’re working to get things back to normal as quickly as possible, and we apologize for any inconvenience.”

bit of a hard time right now, and you may be having issues using them. Bear with us, we’re on it!”

“We’re aware that some people are experiencing issues with WhatsApp at the moment. We’re working to get things back to normal and will send an update here as soon as possible,” it said.

“Thanks for your patience!”

Possible cause of outage According to Reuters, security experts said the shutdown could be the result of an internal mistake.

They, however, said sabotage by an insider would also be theoretically possible.

The news media cited the experts as adding that an outside hack was viewed as less likely. Twitter reacts after Buhari’s comment on lifting suspension In other news, Twitter has given a crucial update on its discussion with the federal government to chart a new way forward.

The platform in a brief statement by one of its spokespersons on Friday, October 1, stated that there is a strong hope for the restoration of the site for every citizen in the country.

The spokesperson whose identity was not revealed disclosed that so far talks with the government have been beneficial and promising toward achieving a fruitful partnership.

Meanwhile, barely four months after the suspension of the operations of the microblogging site, Twitter, in Nigeria, President Muhammadu Buhari on Friday, October 1, said he had directed a conditional lifting of the ban.