An elderly Nigerian woman was surprised when she saw a car that has no need for fuel but electricity Asking a family member who owns the car, she wanted to know how the car truly runs without gas The owner explained that it is an electric car and it also does not need engine oil or water to function

A Nigerian mother was really surprised when she saw that a car was running on electricity instead of petrol. Walking into where the car was parked in a LinkedIn video, the woman called the man’s name, Tunji, and said is it true that his car does not run on fuel. 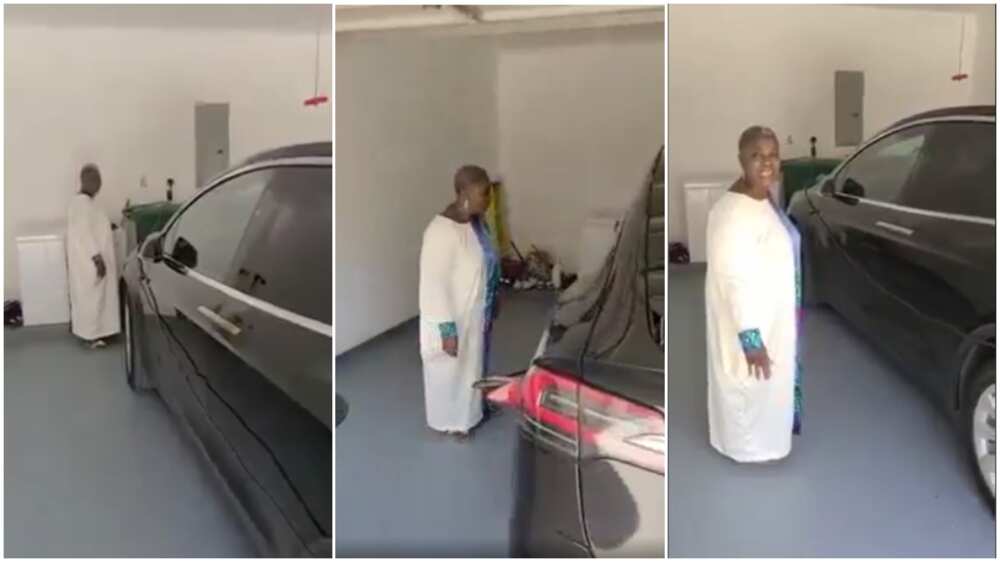 The car of the future The man replied in the affirmative and said that the Tesla smart car is the vehicle of the future. Tunji explained to the woman all he needs to make it run is to plug it into a socket.

He revealed that apart from the car not using petrol, there is also no need for water and oil like gasoline-powered cars. The woman was surprised. She, therefore, prayed for the man, that the car will never run into any form of accident.

Meet Fausat Balogun (Madam Saje), Her Husband and Children who are also Actors