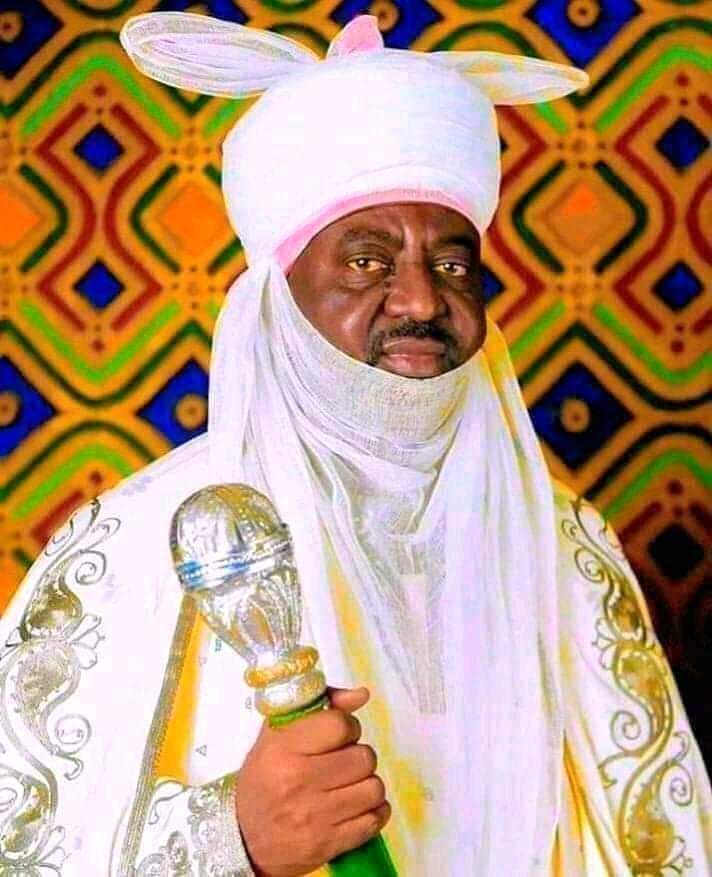 His Royal Highness Aminu Ado Bayero is currently the Emir of Kano. He heads the entire Kano Emirate and is loved passionately by his people.

Aminu Ado Bayero (born 1961) is the 15th Fulani Emir of Kano from the Fulani Sullubawa clan. He ascended the throne on 9 March 2020, following the deposition of his nephew Muhammad Sanusi II by Governor Dr. Abdullahi Umar Ganduje.

Aminu received early Islamic education at home, where he learnt the Qur’an, Islamic jurisprudence and the traditions of the Prophet Muhammad. He attended Kofar Kudu Primary School and proceeded to Government College, Birnin Kudu. He studied mass communication at the Bayero University Kano and went to Flying College, Oakland, California, US.  He did his one-year mandatory National Youth Service Corps at the Nigeria Television Authority in Makurdi. 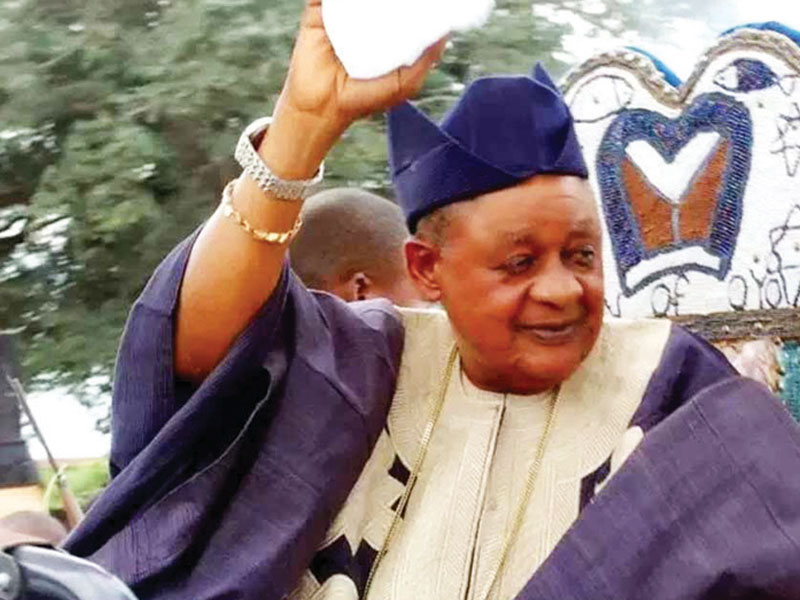 Among the most powerful and influential monarchial titles attainable in Nigeria is the position of the Alaafin of Oyo. The ruling Alaafin of Oyo is Lamidi Olayiwola III, who is the successor of AlaafinGbadegesi Ladigbolu II. This position is very powerful and the title owner until recently was also the Chairman of the Council of Obas and the Chiefs in Oyo State. This was however changed by the former Governor of Oyo State, Adebayo Alao-Akala, and a rotational arrangement was adopted.

He is married to Ayaba Abibat Adeyemi, his senior wife. He attends most events with her or with one of the twelve junior wives that he’s also married to.

He is a lover of boxing, as he was a boxer before ascending the throne of his Fathers.

As far back as the era of the British, the position of the Sultan has been held in high esteem. The Sultan is also known to be the spiritual leader to the Muslims in Nigeria. The current Sultan is Muhammadu Sa’ad Abubakar IV; he was the successor of his late brother Muhammadu Maccido who lost his life in the ADC Airline flight 53 flight.

As the Sultan of Sokoto, Abubakar is the leader of the Qadiriyya sufi order, which is the most important Muslim position in Nigeria and senior to the Emir of Kano, the leader of the most populous Tijaniyya sufi order.  He is also the head of Jama’atu Nasril Islam (Society for the Support of Islam – JNI), and president-general of the Nigerian Supreme Council for Islamic Affairs (NSCIA).

In 2015, Muhammadu Sa’ad Abubakar IV was listed among the 10 recipients of the maiden edition of the Global Seal of Integrity (GSOI). An annual list which is compiled and authored by two young Nigerians; Emmanuel Josh Omeiza and Godspower Oshodin (under the Global Youth Coalition for Integrity) for promoting integrity among the people and consequently promoting the well-being of the Universe.

On 22 August 2019, he was appointed as Co-Moderator of the Council of Religion for Peace (CRP). 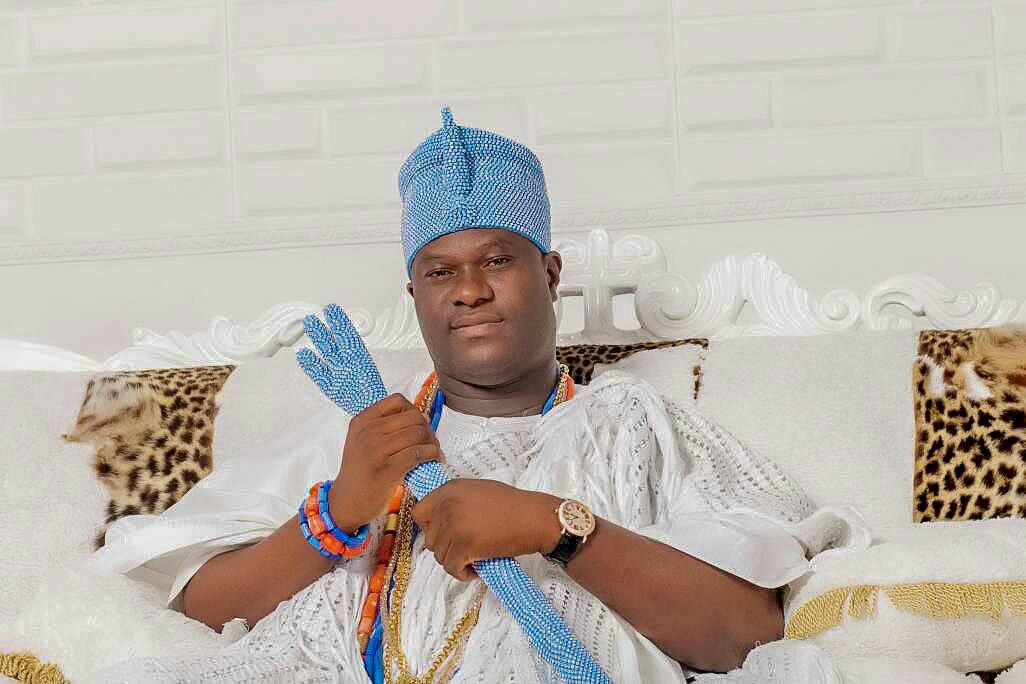 The current Ooni of Ile-Ife is Oba Adeyeye Ogunwusi Enitan  and is the ruler of the dynasty of Ife, which has been in existent for many years. This powerful ruler is known to play a strong role in determining who becomes the governor of Osun state.

Ọba Ọjájá II was born Prince Adeyeye Enitan Ogunwusi, as a son of Prince John Oluropo Ogunwusi and Princess Margaret Wuraola Sidikatu Abegbe Ogunwusi into the Royal House of Giesi, one of the 4 royal families of the House of Oranmiyan.  His paternal grandfather was Prince Joseph Olagbaju Adewole Ogunwusi, whose grandfather was Ọba Ọ̀ráyẹ̀gbà (also known as Ooni Orarigba or Orasigba) Ọjájá I, who was the 44th Ooni of Ife and ruled from 1878 to 1880. Through him, he is a direct descendant of Ooni Agbedegbede, who was a descendant of Ooni Giesi, (the progenitor of the Giesi royal House), and thus a descendant of Ọọni Lajodogun. Lajodogun was a son of Ọọni Lajamisan (or Lajemisin), who was a grandson of the legendary founder of the Oyo Empire Oranmiyan. Oranmiyan, was a son or grandson of the first Ooni of Ife, Oduduwa, thus Ọba Ọjájá II is a descendant of Odùdùwà, the founder of the Yoruba people. 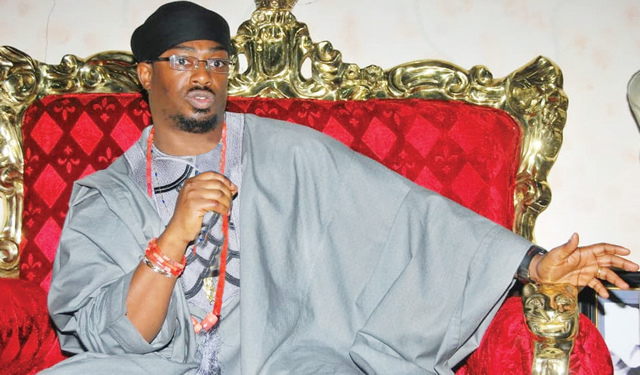 The ruling King is called Dein Keagborekuzi I.

Keagborekuzi I was born on June 29, 1977, in Agbor, Bendel State (now part of Delta State), Nigeria, to Obi Ikenchukwu I and Queen Grace Ikenchukwu (née Isedeh). His father’s join his ancestors, on April 29, 1979. In 1979, after the unexpected demise of his father at age two and a half, he was crowned as the child king of the kingdom of Agbor. His name, Keagborekuzi means, “What is Agbor saying again?” The young crowned king was thereafter flown to United kingdom in 1981 and where for about the first twenty years of his life, he remained. To govern the kingdom, a regent reigned in his stead until 2001 when he returned to take over the governance of the monarchy. His 42nd birthday on Saturday June 25, 2019, was celebrated amidst pleasantries and praises from the Agbor people

In 2003, he helped resolve a dispute between two enemies, the Agbor-Obi Youth Movement and the police.

He was present with other monarchs of his home state who met in February 2020 to place a ban on herdsmen activities in their domains following attacks in the area by the herdsmen.

In March 2020, he told Daily Times Nigeria that his chiefdom would partner with the NAPTIP to end trafficking in persons in his domain. 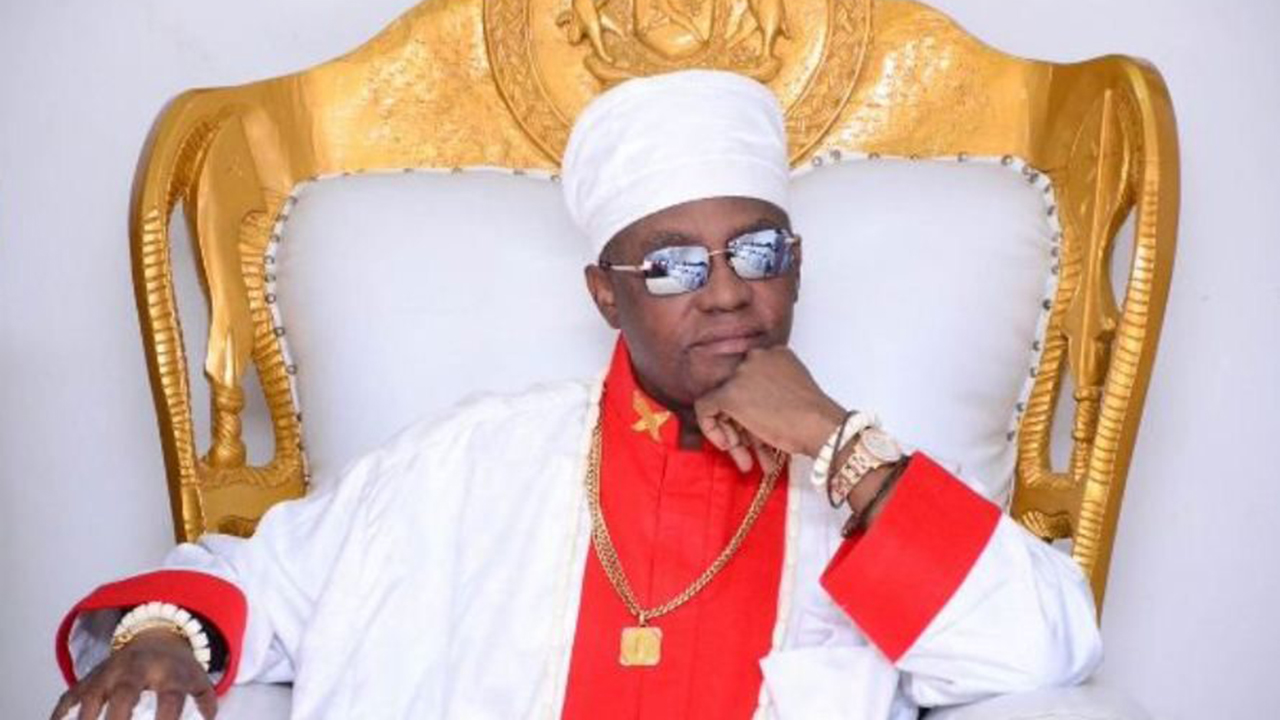 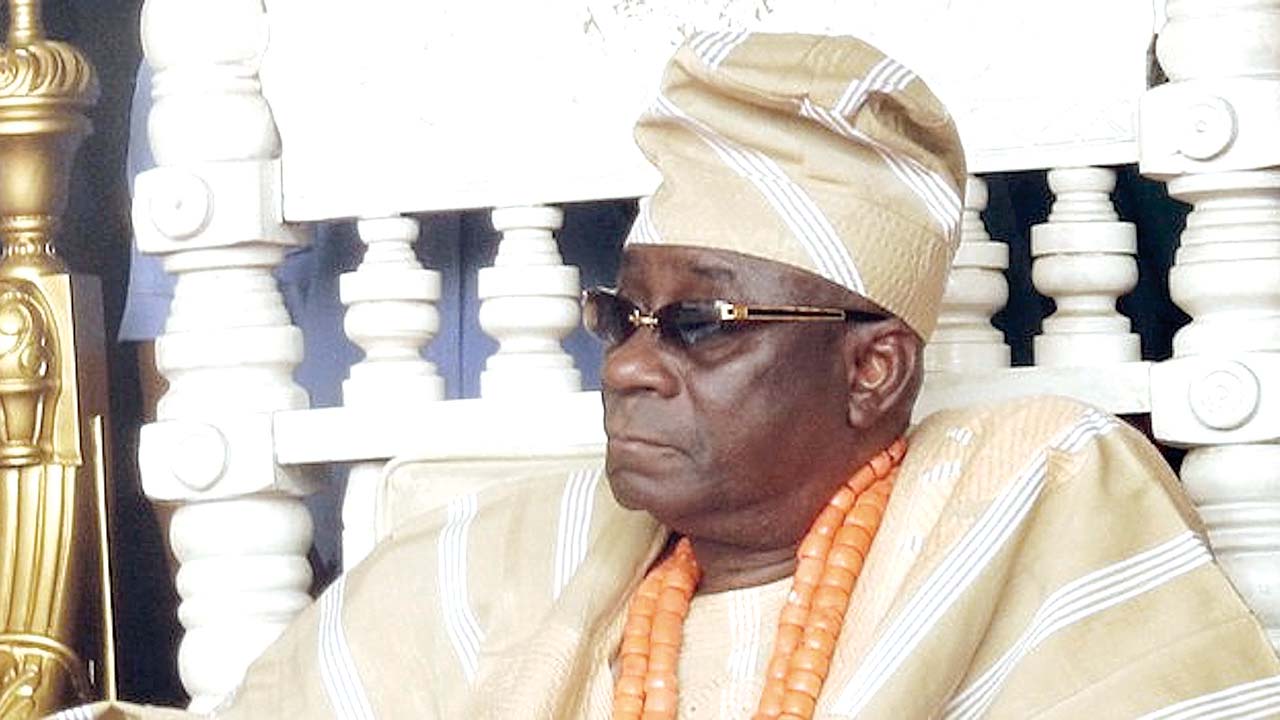 This is the traditional ruler and ceremonial head of one of the largest cities in Africa. The current Oba of Lagos is his Royal Highness Oba Rilwan Babatunde Osuolale Aremu Akiolu and is also referred to as the Eleko of Eko.

nfirmed by the Lagos State government as the 21st Oba of Lagos; he was capped the next day, and was crowned on August 9, 2003. He has served in this position since May 2003, when he succeeded Oba Adeyinka Oyekan.

The Akinsemoyin Royal Family of Lagos has challenged Oba Akiolu’s coronation in court, complaining, amongst others, that their lineage has been denied access to the throne 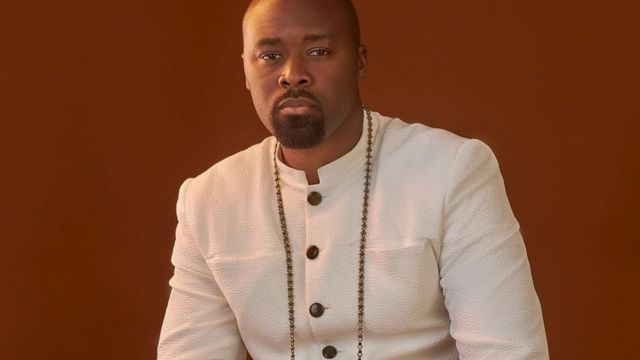 The Kingdom of Warri is currently under the rule of Prince Utieyinoritsetsola Emiko (Tsola Emiko),  emerged as the 21st Olu of Warri, with the title Ogiame Atuwatse III, at a colorful coronation ceremony at Ode Itsekiri, ancestral home of Itsekiri nation in Warri south local government area of Delta State. 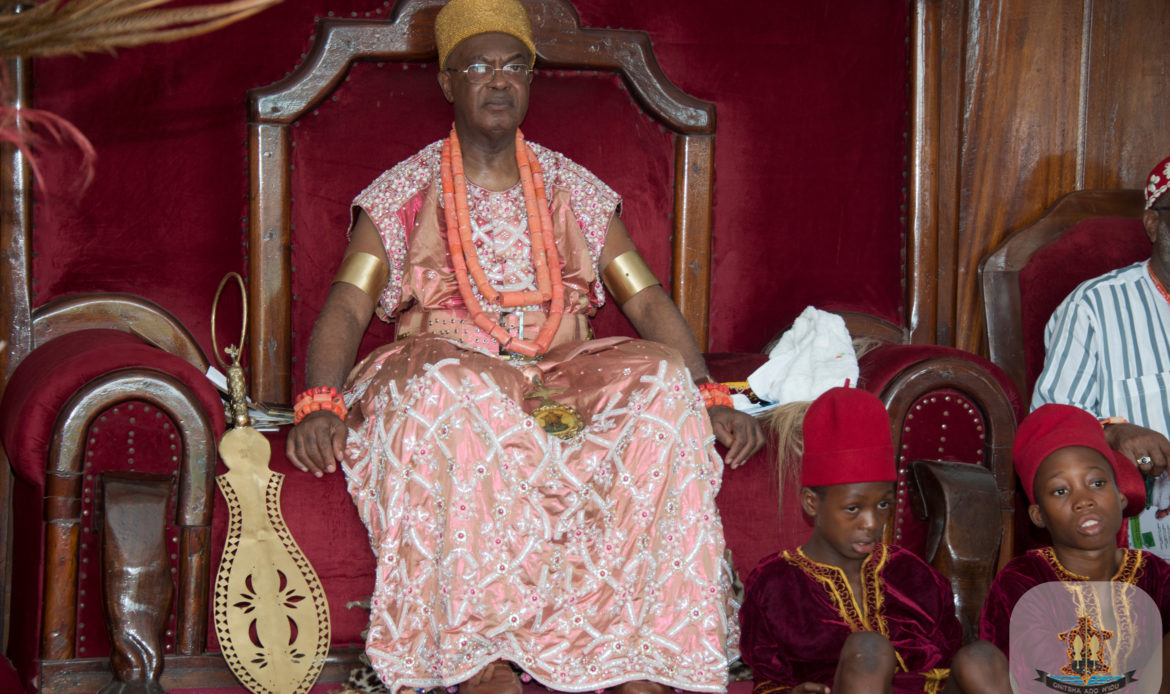 Currently sitting on the throne is Igwe Nnayelugo Alfred Nnaemeka Achebe and he is the traditional ruler and Obi of Onitsha people. He is often widely consulted and has made tremendous contributions to the development of his people. 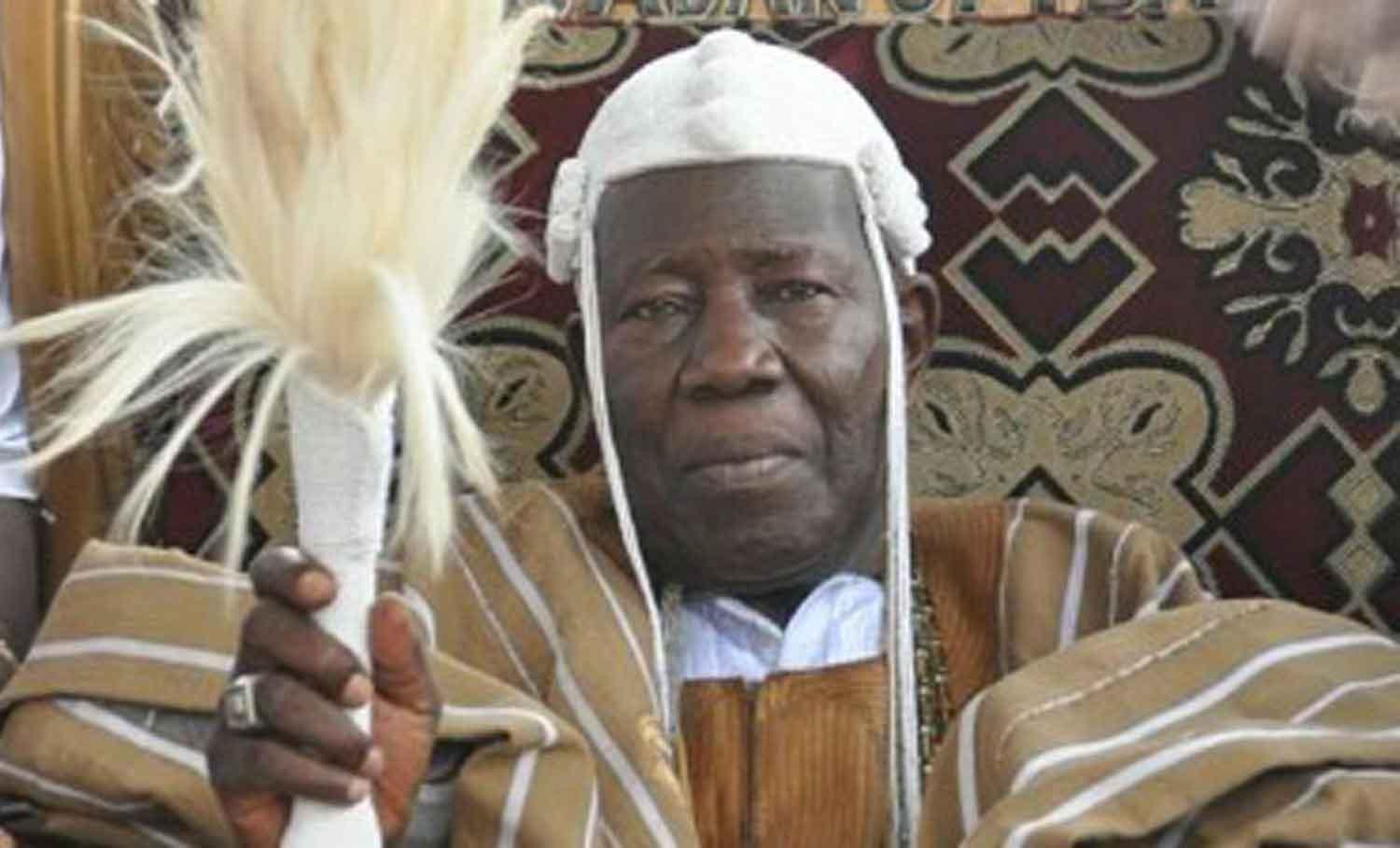 This title is prominent and highly influential and is currently held by Saliu Adetunji (bornAugust 26, 1928) is a Nigerian monarch who currently sits as the 41st Olubadan of Ibadan following his coronation on March 4, 2016.