Advertisement
Miss Sahhara (stylized as Miss saHHara, pronounced like Sahara) is a British Nigerian beauty queen, fashion model, singer/songwriter, and a human rights advocate. She is known for representing Nigeria in international beauty pageants to draw attention to the plights of LGBTQI+ people in Africa. In 2011, she became the first Nigerian trans woman to come out publicly on international press during the Miss International Queen beauty pageant in Pattaya, Thailand. On 19 July 2014, she was crowned the first ever Super Sireyna Worldwide in Manila, Philippines. Making her the first black trans woman to be crowned winner in an international beauty competition. After winning Super Sireyna Worldwide, she founded a global transgender awareness news curation organisation called TransValid She is also a vocal critic of the 14 years imprisonment law of LGBTQI+ people in Nigeria.

A self described “fashion and beauty enthusiast”, her catwalk and print credentials ranges from fashion weeks to gracing covers of magazines internationally.

Growing up she famously said she never fit into the religious and conservative views of Nigeria. Living in rural Nigeria made her unaware of her medical condition known as gender dysphoria. She said the constant feeling of wanting to present herself as a female made her feel lost, as if there was something inhumanly wrong with her.

She sought Religion with the hope of a cure, praying to God to make her a woman when she grows up. Wallowing in her identity dilemmas, she decided to end her life, since the pastors in her church and the people around her kept telling her there was something abnormal about her feminine characteristics. She claimed to have attempted suicide twice and survived. Her suicide attempts made her more determined to either leave Nigeria to a more tolerant society or to succeed in killing herself in the third suicide attempt.

She started looking for answers for her condition and how she can marry her faith to who she hopes to be in the future. She found peace in the discovery that she doesn’t have to be religious to lead a morally acceptable life.

In her teenage years, she was locked up in a Nigerian prison cell because of her femininity. Being imprisoned encouraged her to leave Nigeria, as the alternative would have led to her successfully ending her life. She remembered her experiences in this poignant piece she wrote for Gay Star News on Transgender Day of Remembrance on 20 November 2013, which was re-published by some online news outlets:

I wish I could tell the younger me who tried to commit suicide twice that life gets better and dreams do honestly come through. I did not imagine life could be this amazing many years ago after being released from a horrid Nigerian prison for being different. Then all I could think was I could die in this prison and no one will know or care. Being imprisoned felt justifiable, considering I was being punished for being ‘gay’ as they assumed due to my feminine features and mannerisms. I wasn’t gay, I am a woman born differently due to natural defects. What I felt did not match my outward appearance. Being assigned male at birth doesn’t make me a man or a woman, nobody was born a man or a woman, you are born male or female, then you develop into your preferred gender as you grow up thus making you a man or a woman. For me that gender was female. I was born male but my brain, gestures, features and carriage functioned as that of a female. Growing up and not knowing what was happening to my body made me confused and lost. I couldn’t discuss it with my family because my femininity was frowned upon due to religion and I could not talk to my friends because they would not understand what I was going through. I found solace in music and dreams. I dreamt of being free to be myself, free of insults, free of judgment and free from harassments.

Her experience with the Nigerian police made her to seek refuge in London, United Kingdom.

New life in the United Kingdom

She left Nigeria in 2004 to settle in the United Kingdom. Then she got a broader perspective of her gender dysphoria. She started seeing doctors who helped her through her journey into womanhood. She said her new life in the UK was like heaven on Earth because she now lives as her true-self.

She got a singing residence at Madam Jojo’s Kitsch Cabaret at Soho, West End of London. She performed there for 10 years until November 2014 when the venue was closed down.

She wrote and co produced some songs with Scott Houzet in her earliest music career.

She appeared on numerous catwalk shows in London and beyond. She modelled for Ziad Ghanem at London Fashion Week for 4 fashion seasons.

She was also involved with Alternative Fashion for over 5 years and once showcased her couture designs.

Miss sahhara graduated with a master’s degree in digital media from London Metropolitan University. She stated on her social media pages that she wants to further her education in gender and sexuality studies in the future. Perhaps, to give her a credible voice when teaching people about Gender and sexuality.

Nigerian news websites and bloggers have frequently referenced Ebuka Obi-Uchendu’s tweet, in which he claimed to have known Miss saHHara as ‘Clifford Oche’. Miss saHHara refuted that claim and have refused to publish her full birth names, she insisted that publishing her old names and pictures has no relevance to whom she has become. She explained that dead-naming and misgendering of transgender people has negative consequences by encouraging hate and discrimination all around world due to preconceived misconceptions about transgender people. She also said “Iris Sahhara Henson” is not her full legal name, “Henson” was just a Facebook pseudonym she created to stop bloggers from publishing her full legal names. She decided not to publish her full legal names, because she is afraid for her safety due to the amount of transphobia and death threats she gets online.

She is known for her constant online conflicts with Nigerian bloggers. Most of her arguments with them ranges from the stories they published about her, in which she claimed to be ‘lies’, to blatant transphobic writing. For example, calling her “transgender man” and the refusal to use female pronouns to describe her.

She always takes to her Facebook page to publish replies on topics she considers to be transphobic and damaging for transgender people.

She insisted that her replies are not rants, rather a passionate education for the people who write and comment about transgender people in public domain. Her process of “education” as she puts it, can sometimes end up in heated arguments and war of words with her fans.

Her antireligious rhetoric have not fared well with Nigerians either. Whenever she posts any topic relating to religion, her posts attract angry responses.

She said all religions are oppressive and archaic. It has drawn criticism from her followers saying she should focus on her advocacy work instead airing her views on divisive subjects such as religion. Unperturbed by the criticism, she continues to air her frustration on why Africans refuse to question their faith which she labelled “Colonial relic”.

On 29 April 2016, she posted a long post in response to stories published by African bloggers about her appearance on BBC Africa’s in Her Shoes, the bloggers stated that she struggled in Nigeria as a “gay man”, so she decided to transition to female. Miss saHHara took to her social media page to educate the bloggers, in which she accused them of promoting transphobia by telling the wrong stories; “This is not a rant, rather an education”. She made it clear that she was never a man, that her validity as a woman doesn’t come from anyone except herself. The post drew more than 100 comments in support and against her claims.

Her pageant career started when she moved to the London, England in 2004. She said her love for beauty pageants and catwalk continued to grow since she was a child. She used to “tip toe”, because she was not allowed to wear high heels in Nigeria. She taught catwalk and beauty pageant etiquette in her teenage years before moving to the United Kingdom.

She was a contestant in Andrew Logan’s Alternative Miss World when she first moved to London, representing Nigeria. She came second.

In 2011, she was a contestant at Miss International Queen beauty pageant, representing Nigeria. During the pageant she came out to the world media as a proud Nigerian transgender woman fighting for acceptance and equality for the LGBTQI+ community in Africa.

In 2014, she won her first international title, Eat Bulaga!’s Super Sireyna Worldwide in Manila, Philippines. The pageant is a prestigious transgender beauty contest, which takes place on the longest noontime television show in the world, Eat Bulaga! In the competition, she represented her birth country Nigeria to draw attention to the negative social and legal attitudes towards the LGBTQI+ community in Africa.

When Miss saHHara was asked about the proudest moment of her life in the question and answer section by Mr. Colin Kerr, she answered:

The proudest moment of my life is being on this stage right now. When I was growing up, I had this dream of becoming a queen on stage and performing. But I couldn’t because I was born male. I used to wear my mom’s high heels and pretend in front of the mirror that I’m a contestant. So being here today and having these opportunities as a glamorous woman is a dream come true.

She was crowned in front of millions of viewers watching worldwide by Miss Universe 1973, Margarita Moran-Floirendo.

She could not believe herself after being crowned, she posted the following on Facebook page:

“OMG! I WON! I am still not sure it is a reality! Maybe I’ll wakeup from this amazing dream in a minute! My arm is turning red from me constantly pinching myself to wakeup from this beautiful dream! I am overwhelmed with love! Philippines is truly my home away from home.”

In August 2015, Miss saHHara produced a short film for TransValid titled The Deadly Price of Transphobia in Brazil, The video highlighted the hardship and danger of living in Brazil as a transgender woman.

31 March 2016, International Transgender Day of Visibility, she partnered with Aleika Barros, Miss Trans Universe 2015 and other transgender beauty queens to raise awareness for transgender community all around the world through a campaign titled ‘I am Trans and I have the Right to Life’ .

Miss saHHara Before and After Looks 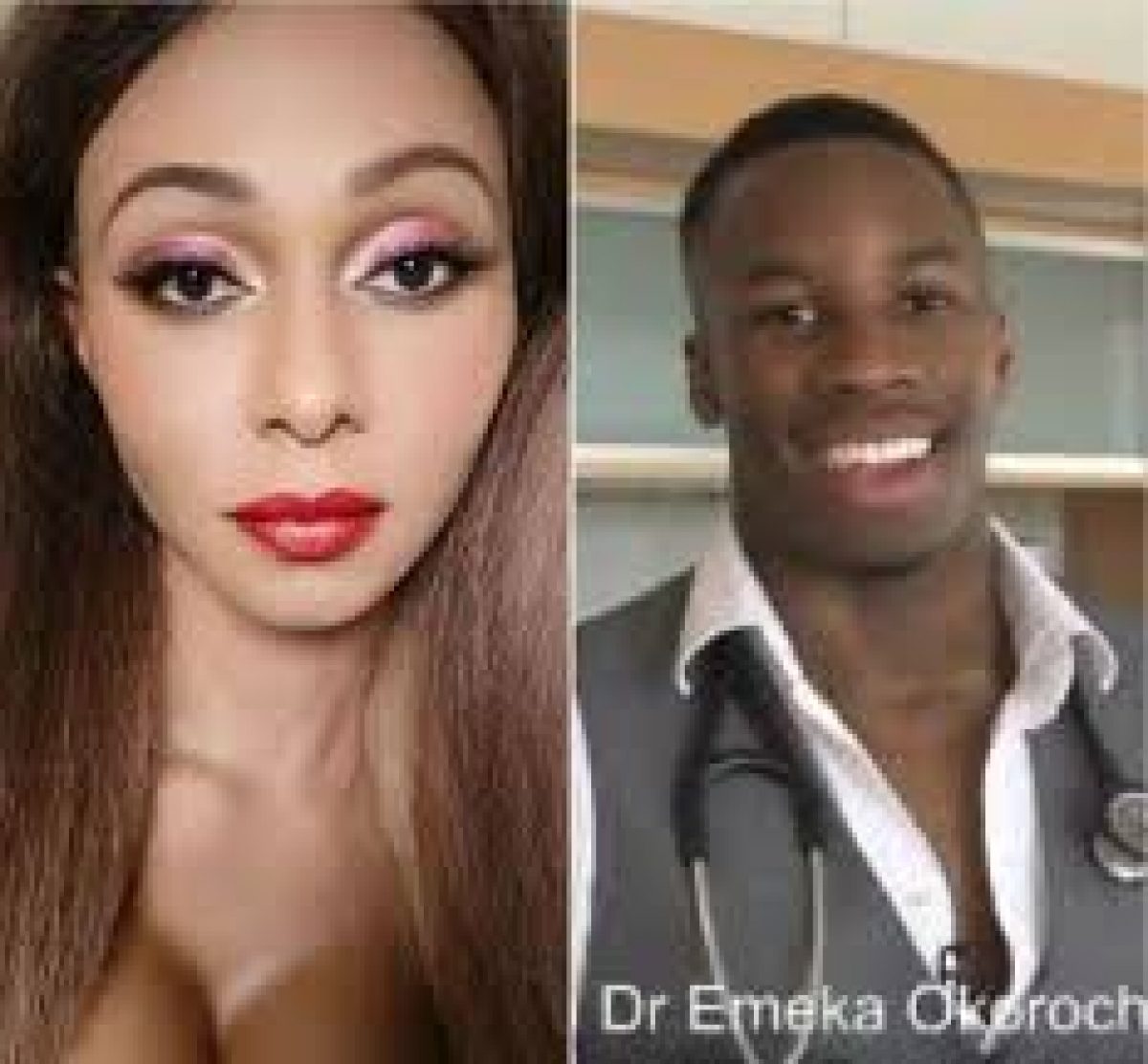