BigVal Jokotoye is a Nigerian actor. He is popularly known for the movie, Omo Pupa which was released in 2008.

The actor began his professional career in 2001 and he has featured in over 50 movies since his debut as an actor.

In this post, you’ll discover many things you didn’t know about BigVal including his marriage to Adetokunbo and his journey so far in Nollywood. 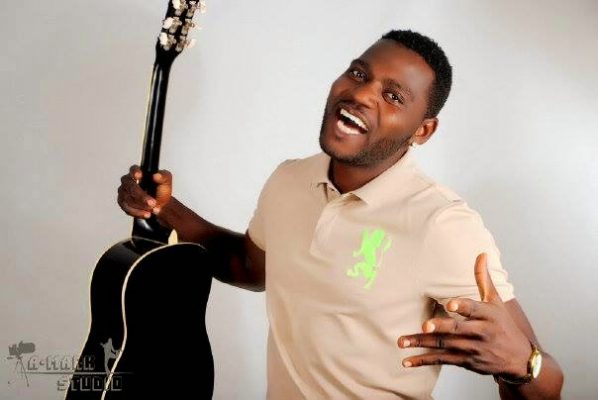 BigVal was born on the 13th of August to the family of late Pastor and Mrs Jokotoye from Jokotoye family Saja, Ogbomoso. He attended Ilofa Grammer School in Kwara State before proceeding to College of Aviation Studies. He lost his father on the 11th of May 2001.

BigVal began acting in 1987 with church drama group of C.A.C Church Erin-Ile Kwara State where his father was a pastor. BigVal is also full time actor and production manager.

The actor currently lives with his family in California where he has been finetuning his skills in movie production.

BigVal has featured in over 200 movies (English and Yoruba). He is also starred in several Wale Adenuga soap operas.

Some of the movies he has featured in include:

His most recent movie is Matanmi where he featured alongside Olaitan Agboola, Adekola Tijani, Kola Ajeyemi and Ebun Oloyede

BigVal has received several awards and nominations since he started acting. His awards include:

The actor was nominated for YOMAFA Awards as Best Supporting Actor in a Yoruba movie. He was also nominated as the Best Upcoming Actor at the Yoruba Movie Academy Award in 2013.

The actor recently relocated to the United State of America to marry his hearthrob. According to BigVal, the duo met in 2015 and got talking and eventually fell in love with each other.

They took it a step further by praying about it prior to their families meeting each other. Subsequently, they got married in April 2016.

The actor revealed that he had a secret wedding because that is what he had always dreamed off. According to BigVal, he isn’t a party-person so it was only logical for him to have a low-key wedding.

Adetokunbo is the wife of BigVal. She is an American citizen as she was born in America.

There were insinuations that Bigval choose to marry Tokunbo because he saw her as a means to becoming an American citizen. This was why he dumped his girlfriend and baby mama in Nigeria for the California-based nurse.

However, the actor has since refuted such claims as he disclosed that it was her attitude and meekness that attracted him to her. He also revealed that he found her religiosity and God-fearing qualities quite admirable.

Although she was born in America, Adetokunbo hails from Ijebu Mushin in Ogun State. She’s the first born of her family.

Currently, she works with the California State Government as a nurse.

BigVal and his wife welcomed their first child on the 3rd of July, 2017 at the Kaiser Permanent Health Care center in California.

The actor revealed that it was a joyful and happy feeling to become a father. BigVal also disclosed that he was the one that cut the umbilical cord of his child.

The actor has been juggling his new found experience of fatherhood with his career as an aspiring movie producer and it is believed that he’s working on some soon to be released projects.

BigVal disclosed in an interview that his role models are his late dad, Adebayo Salami and Aluwe

BigVal once posted on his social media page that most traditional religion worshippers are responsible for money rituals and kidnapping. This statement was seen as quite controversial among his fans.

In 2013, the actor was involved in a paternity scandal with his ex girlfriend Bukky Ajayi. BigVal had raised an alarm when he released a letter claiming that Bukky was threatening to kill him. The actor revealed that he wasn’t married to her and claimed that she was a fraud as she had duped several of his colleagues. These included the likes of Antar Laniyan, Abbey Lanre, Sunny Alli and Lola Idije.

The actor went on further to summon Bukky Ajayi to come down to Nigeria and stop hiding in Dubai. His reason was for her to carry out a DNA test to ascertain the fatherhood of the child.

BigVal revealed that he is ready to take up the fatherhood of the child if the test results confirm that he fathered her child.

On the other hand, Bukky revealed her side of the story stating that she didn’t dupe anybody. She disclosed that BigVal is a golddigger that was known for depending on women for money as he had duped several girls in the industry.

Another interesting controversy with BigVal is his command of English. Fans often correct many of social media posts. At a point, the actor got frustrated with these frequent corrections and told them that he is a typical Yoruba man so it is not mandatory that he speaks good English.

Also, there were rumours that the popular actress, Kemi Afolabi was in a romantic relationship with BigVal. But the actor responded to these allegations by stating that the relationship between them was a professional one. The actor further stressed that as an actor, he is supposed to work freely with every actress that comes his way.