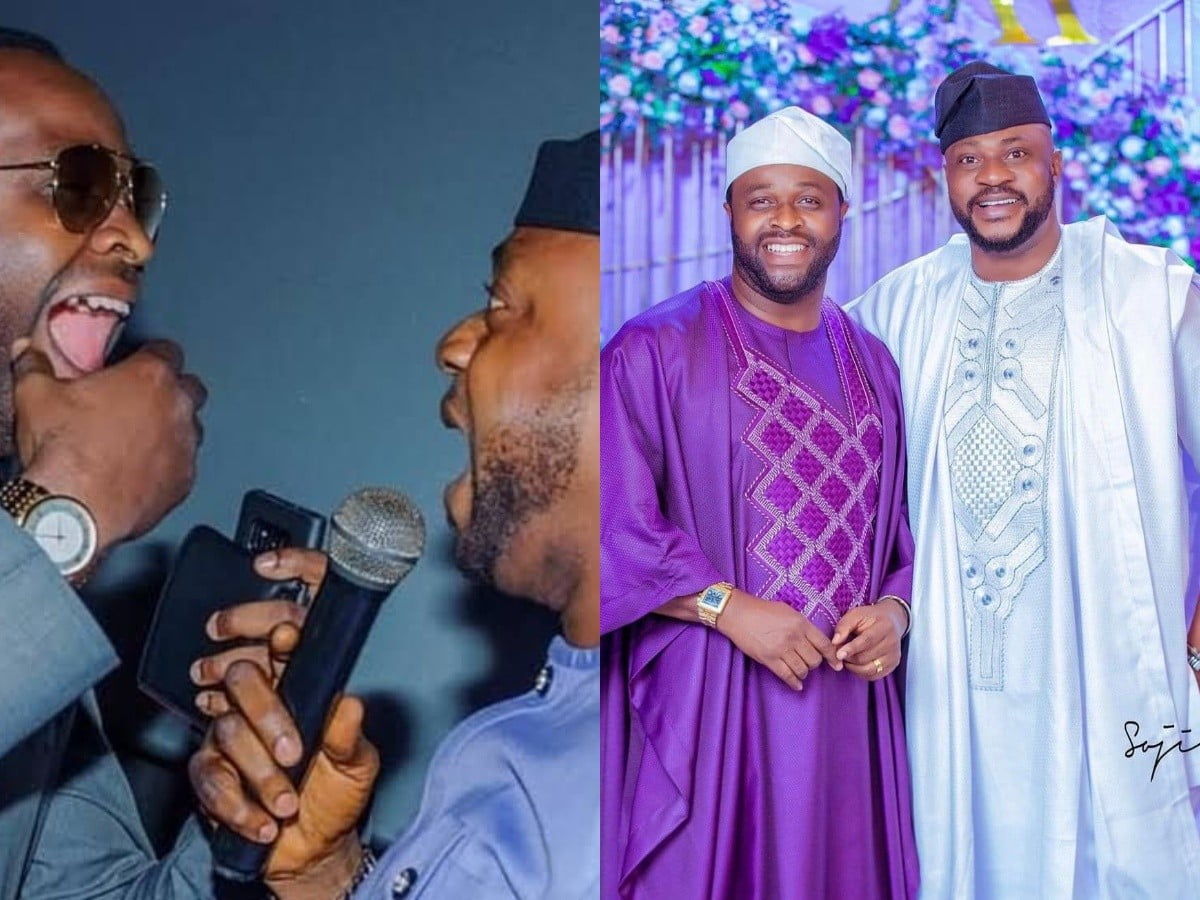 Two of the highly rated actors in the Yoruba movie industry for a couple of years now, have been Femi Adebayo and Odunlade Adekola. There is no argument about that. Because, the two of them have given very good account of themselves as very talented thespians over the last couple of years. Give either of them any role in a movie, and he would marvel you with his delivery. No, wonder they have both remained relevant in the industry for several years. And, they have also kept waxing stronger and stronger, by the day. Meanwhile, it would interest you to know that, beyond both of them being fantastic actors, there are at least 5 things that Femi Adebayo and Odunlade Adekola, have in common. And, you would soon find out about the 5 things in this piece. First and foremost, Femi Adebayo and Odunlade Adekola have, at different points in time, won the award of Best Yoruba Actor of the year on different award platforms in Nigeria before. And that include: City People Entertainment Awards, and Yoruba Music And Films Awards (YOMAFA), to mention a few. Secondly, both Femi Adebayo and Odunlade Adekola who are not comic actors par se, have both used comedy roles in movies to boost their acting careers, at different points in time before. Remember that, the movie that actually brought Odunlade Adekola to the limelight is his movie titled: “Emi Ni Ire Kan” in which he played comic role of a stammering Hip-Hop artiste. That movie became a major turning point in his flourishing career at that period. And similarly, at a point in time, Femi Adebayo too used a comic role in his movie titled: “Jelili” to redefine himself as a versatile actor. The movie certainly gave his career a major boost at that period. So, while they are both not comic actors, Femi Adebayo and Odunlade Adekola have used comic roles in movies, to take their careers to the next level. Thirdly, both Odunlade Adekola and Femi Adebayo are Brand Ambassadors to popular beer brands in the country today. They have both adorned billboards for their beer brands, and they both have television shows that they also host for their respective beer brands. The fourth thing they have in common is the fact that, they are both University Graduates. Yes, Odunlade Adekola seemed to be lagging behind in that regard, until he finally obtained a bachelor’s degree in Business Administration from University of Lagos, in 2018. While Femi Adebayo has been a graduate long before, with his bachelor’s degree in Law, from University of Ilorin. The fifth thing they have in common is the most interesting thing amongst all. And what is that? They both share the same birth dates. In other words, they were both born on December 31st, though, in different years. But, they always mark their birthdays on the same date, every year.

So, for Femi Adebayo and Odunlade Adekola, they have more things in common than just being Yoruba movie stars.

Next post “Tobi Amusan Biography”: Net Worth and Trophies