The dream of every entertainer is to see that people irrespective of status or educational background can relate to their creative work and this is no different for Nigerian singer Burna Boy.

Burna Boy shared the video of a meat seller singing his song Wonderful while hawking. In the video, the meat seller was seen singing out loud about how he is preparing to go back home. 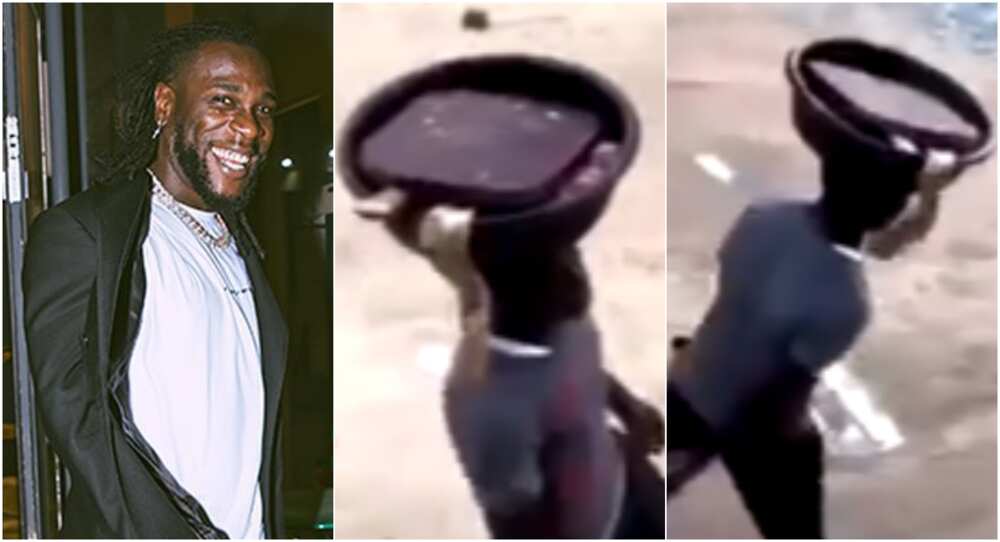 Burna Boy shares a video of a meat seller singing his song. Source: @burnaboy Source: Twitter The man stated that he is hawking his meat and is not a lazy person. In the background of the video, one could hear the voices of some young men hailing the man.

Describing the video as deep, Burna Boy revealed that the times he spent at his grandparents’ house at Festac, he would see meat sellers and other vendors singing loudly as they hawk their wares.

According to him, he feels honoured that they now sing his song as they hawk their goods.

😂😂 naa this is very deep for me because of The times I spent in my Grandparents house in Festac as a Child and how the meat sellers and Vendors would walk into the close Singing Loudly. Now they use my music, I’m honoured. 🙏🏾 pic.twitter.com/wL5J9JkKhy

The singer said he is the best thing after Fela Kuti and he is the one responsible for the respect Nigerians currently enjoy. The Anybody crooner also said nobody paved the way for him.

He further stated that he learnt long ago from another singer, Timaya, that the world can live without the best.

Nigerians on social media reacted to Burna Boy’s tweets and many of them did not seem impressed by it. Many people described the singer as being arrogant and they rejoiced that he did not even win the Grammy he was nominated for. Others, however, said he is right to feel he is the next best thing after Fela.