Recall that rumours about Jada P being pregnant for the crooner surfaced a few months back and the reports were subsequently proven right after she rolled out some photos of her pregnant self online.

Nonetheless, in a recent development, Jada shared an image of the bouquet she seemingly received from the on-air personality, Toolz.

So blessed to have some of the kindest hearted people in our life. @toolzo.

Reacting, Toolz congratulated her once more.

Additionally, some tweets from Jada a few days back fueled massive speculations.

officialbobbyfredrick__ wrote:
“As wizkid dey lowkey die, he n Jada for don marry n we the online inlaws no know 😩😩😩” 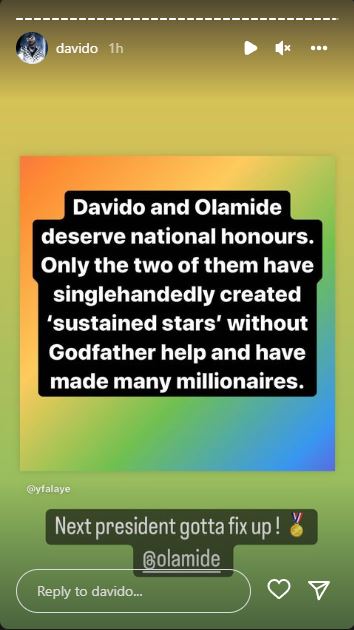