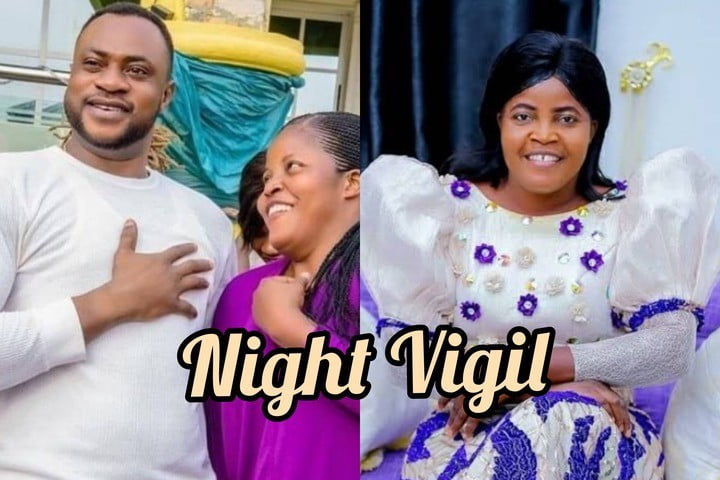 Marriage without a story of how the couples met is either an arranged or forced union but even at that, there is still always the first meeting. The stories of how couples met have always made many curious especially if the subjects are popular celebrities.

Therefore, in this article, we would be talking about how the likes of Odunlade Adekola and other Yoruba actors met the love of their lives;

Popular Yoruba actor, Odunlade Adekla is a legendary actor who has been married to his beautiful wife for more than a decade. The handsome actor is married to a beautiful woman, Ruth Adekola who remains his only wife and gave birth to his four handsome sons.

Popular Yoruba actor, director and producer, Kunle Afod has been married for decades to a beautiful wife who gave birth to four handsome sons for the popular actor.

Kunle Afod met his wife, Dasola while she was still schooling at Lagos State University. According to research, it was gathered that Kunle met Dasola at his movie group when her elder brother brought her along to Kunle’s location where they met for the first time.

Popular comical Yoruba actor, Afonja Olaniyi who is establishing himself as one of the greatest comical Yoruba in the industry has been married to his Canada based wife, Omolara since 14 years ago. Omolara Olaniyi has two handsome sons for the popular Yoruba comical actor.

According to research, Sanyeri met Omolara at National Theatre in 2004 when he was trying to screen his movie “Okan Emi”. It was love at first sight for Sanyeri, he approached her but Omolara was reluctant to give him a chance and could only get her number after seeing her again a month after.

Nollywood veteran, Adebayo Salami is popularly known as Oga Bello is one of the popular Yoruba veterans in Nigeria. The veteran is married to many wives but his first wife, Ejide is more popular and their love story is unique. She gave birth to many children for Oga Bello which include popular actor, Femi Adebayo.

According to research, Adebayo Salami and his first wife, Risikat Ejide met at Ansarudeen Primary School at Oke Popo, Lagos Island while they were still very young. Although, she didn’t like him because of his proud attitude but they later grew to love each other and the rest is history.

According to research, Tayo Amokade met his beautiful wife, Opeyemi Popola when they were both doing their OND in Ibadan Polytechnic where he studied Mass Communication.