Larry Ndianefo (born August 25, 1981) is a standout performer in the music business.

Larry Gaaga, as he is known in the entertainment business, is a composer, performer, music producer, and music executive who has developed an incredible brand for himself.

He is now contracted to Universal Music Group as a composer and producer. He rose to prominence with the release of his song, Gaaga Shuffle.

The music superstar 2Baba was featured in the song, which peaked on various local music billboards for weeks. Other popular tracks he’s responsible for include Doe, Love Song, and Iworiwo.

Larry Gaaga is a proud Igbo guy, since both of his parents are from the country’s southeastern area.

He is from Abia State, often known as God’s Own State. He was born in the southeast to Mr. and Mrs. Ndianefo and grew up in the capital city of Umuahia.

This is the location of the Ndianefo’s rural residence. When Larry Gaaga was older, he relocated to Lagos, Nigeria, to pursue his academic goals.

His passion for music dates back to his days as a member of his church’s choir, where he sang from adolescence to adolescence. He learnt to play the drums, piano, and guitar while in the choir and became an excellent at them. So his close friends were not surprised when he expressed an interest in music creation.

He began learning the craft under the guidance of an older friend and within a short while, he mastered the craft and began producing beats for upcoming artists in the Southern part of Nigeria.

Though he had to learn music production, Larry Gaaga didn’t need the same help with songwriting. He is a talented songwriter. He had started exhibiting his talent from his high school days by composing songs for his friends who were aspiring musicians and his church’s choir. As the years went by, he groomed this talent so well that he was able to collaborate with some of the biggest artists in the world.

Also, while he was an undergraduate, Larry Gaaga had taken interest in the business part of music and worked as a manager for a few upcoming artists. Regrettably, none of these artists were unable to have a big break in the industry.

Larry Gaaga is a university graduate with a degree from the prestigious University Of Lagos.

He earned his First School Leaving Certificate and West African School Certificate from reputable primary and secondary institutions, respectively, before enrolling in university.

Larry Gaaga chose to put his musical ambitions on hold after graduating from university and pursue a career in business. He began his career as an entrepreneur, establishing a series of small companies around the city. Despite his newfound success, he felt empty in his heart since he wasn’t fulfilled.

He aspired to be a musician. He decided to return to music after entrusting his firm to capable hands. He returned to the entertainment sector as the General Manager of YSG Entertainment. This happened in 2012. Vector, a rapper for whom the label was responsible, was managed by the label.

While Larry Gaaga held this job, he built a name for himself as a great music executive and became acquainted with all the movers and shakers in the industry. After serving the company diligently for five years, he decided to leave and set up his own music label. Gaaga Muzik was established in 2017. While he was still with YSG Entertainment, he collaborated with Vector on the single, Get Down.

Larry made a splash in the business shortly after launching his label by releasing the smash tune Gaga Shuffle, which featured 2Baba. The song was well welcomed by Afrobeats fans, who gushed about it for months after it was released. As fans replicated Larry’s trademark dancing motion, the tune became an anthem. Unlimited LA, an ace cinematographer, directed the song’s music video, which included the dancing routine.

In 2019, he and 2Baba teamed up once more to release the party anthem Iworiwo, which charted for months. Slimcase’s song, Azaman, featured him with Peruzzi and 2Baba. His greatest break of the year came when he signed a songwriting and production agreement with Universal Music Group, the world’s largest music organization. He has had the opportunity to work on the soundtracks of films such as Living In Bondage: Breaking Free, Nneka The Pretty Serpent, and Rattle Snake as a result of his contract with the business.

The music video of his song Low, featuring Wizkid, has amassed over eleven million views on YouTube. The song is one of his successes of 2019.

He is one of the judges in the forthcoming reality show, The Next Eagle. His co-judges are DJ Lambo and Magnito Freshout.

Larry Gaaga is currently 39 years old and will be clocking the golden age of forty years old on the 25th of August 2021. He keeps an afro hairdo and a thick beard that has white patches. He is light-skinned, has a tall height, and has a muscular build. He resides in Victoria Island, Lagos State, and has choice properties across Nigeria.

An experienced and successful entrepreneur, Larry Gaaga has investments in the Oil & Gas, Agriculture, and Real Estate Sectors. Presently, he is one of the board members of KL Oil and Gas Company. Due to his fame as a music artist, he has secured a couple of endorsement deals under the bag. Notable ones include D’usse and Afa Sports.

Larry Gaaga is a married man, his wife’s name has been withheld from the public, according to the media sources, the union is blessed with three children.

Larry Gaaga is one of the richest musicians on the continent, which is due to his diversified stream of income. He is estimated to be worth $2-5 million. 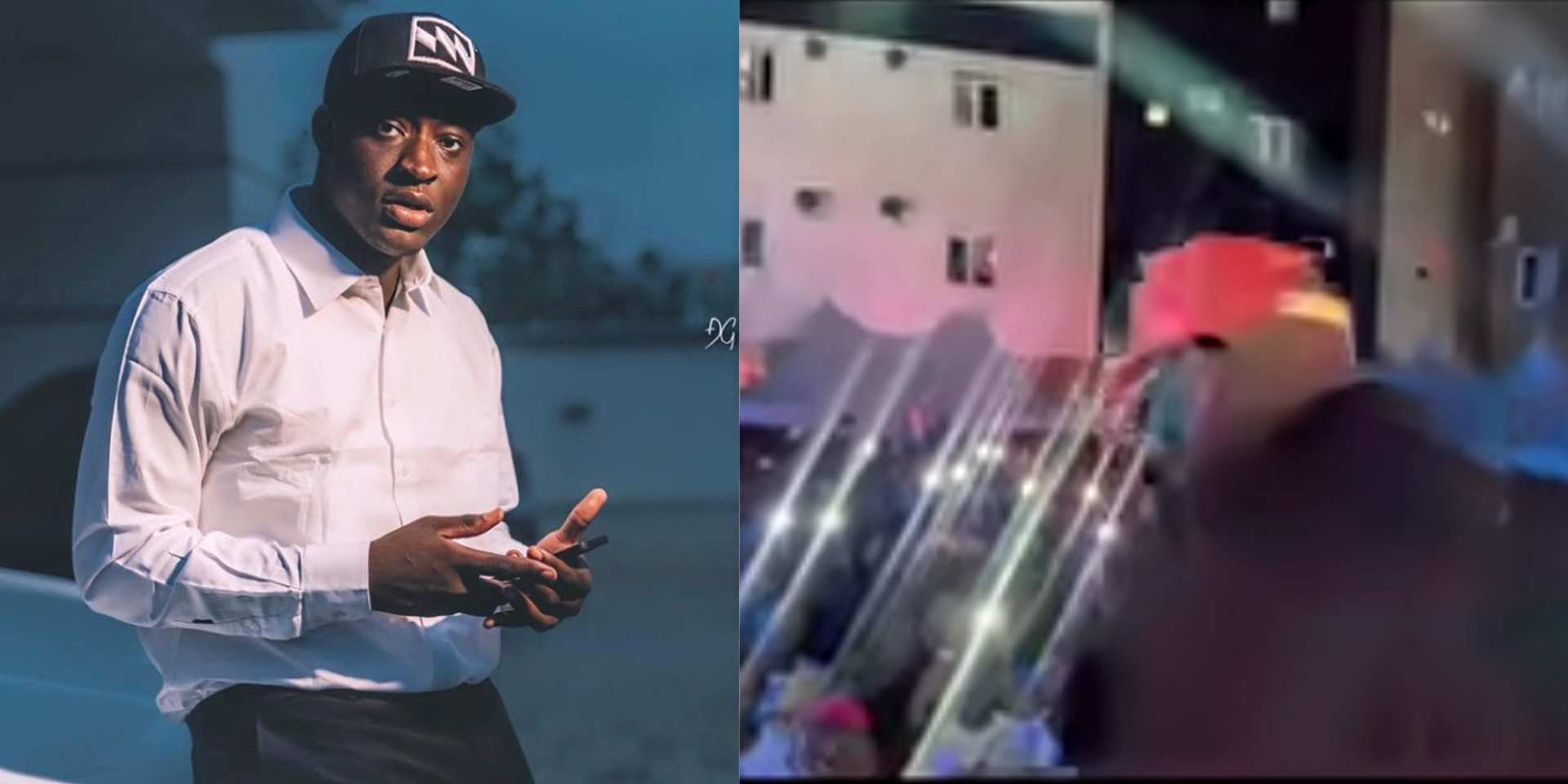 October 5, 2022
“Ooni Should Not Accept Her Back oo” – Mixed reactions trails as Queen Naomi allegedly begging to return to the palace of Ooni of Ife