Media personality, Stephanie Coker-Aderinokun, has responded to Nigerians who have formed the habit of always criticizing her British accent, 8 years after relocating to the country from the UK.

In a post shared on her Instastories on Thursday morning, December 10, the mum of one pointed out that she spent all her life in the UK hence the British accent.

She also stated that her accent isn’t a privilege as she has missed out on a lot of work due to the way she speaks. 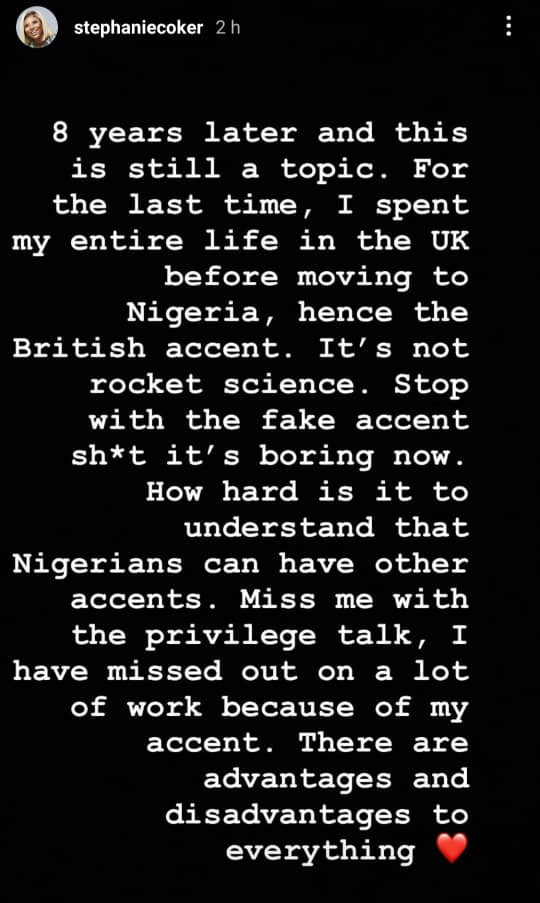