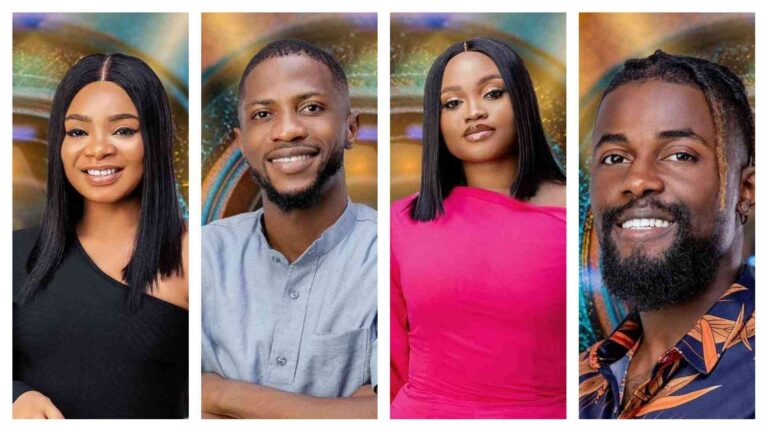 Shortly after Big Brother Naija hosted its first eviction, they have introduced 4 new housemates who would be joining the season 6 edition of the reality tv show.

We all experienced the remarkable eviction event which held on Sunday, 8th of August 2021, recalling how Yerins, Niyi and Beatrice were announced as the first housemate to leave the “Shine Ya Eye” house.

However, Ebuka Obi-Uchendu who is the host of this year’s edition, has introduced 4 more housemates to join the remaining 19 who would be contesting for a whopping sum of 90 million naira worth of prices.

He’s a 28 year old musician and aspiring filmmaker who was born in Lagos before moving to the United States of America as a teenager.

Micheal said he does not like pretentious people, and he also insists that you’ll never catch him fighting over any girl, food and chores in the BBNaija house.

Gbolahan Ololade a.k.a “Kayvee” is the 24th housemate who was introduced to the Big Brother Naija house.

He is a 26 year old photographer who resides in Lagos state.

Kayvee loves playing football, clubbing and playing cards and according to the self-confessed bad boy, he said that his diverse background will help him keep his head during the reality tv show.

Jumoke Zainab Adedoyin a.k.a “JMK” is a 23-year-old law graduate from Kwara State.

Apart from music, dancing and traveling, she enjoys cooking and the simple pleasures of life.

She also describes herself as “a sexy, confident and adventurous foodie” who loves to help people.

Queen Mercy Atang is a 26 year old philanthropist and an aspiring politician. She is a Tansian University graduate and an international beauty queen who hails from Akwa Ibom state.

Queen describes herself as a person who feels that clothes are overrated and according to her, she loves to show off her “sweet” body.