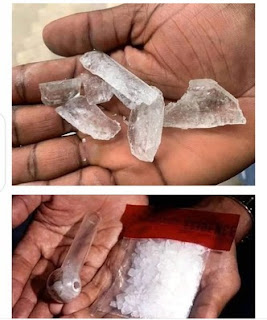 What is mkpuru mmiri in English

How to take Mkpuru mmiri

What is Mkpuru mmiri

Side effects of Mkpuru mmiri 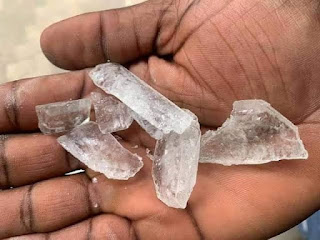 Meaning: What Is Mkpuru Mmiri?

Mkpuru Mmiri in English is called Methamphetamine Hydrochloride, popularly known as ‘Mkpuru Mmiri’ in Igbo land or crystal meth/ Ice in some parts of Lagos state, comes in clear crystal chunks or shiny blue-white rocks. This as reported by NDLEA is already sending South-East youths to their early graves. 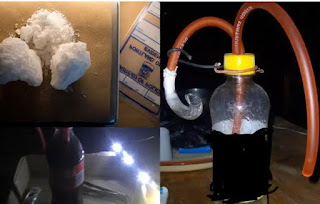 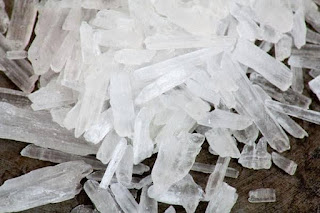 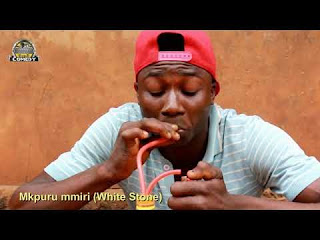 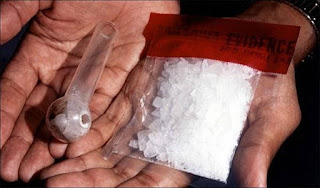 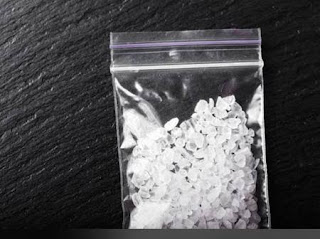 This Is Not Ice Block, It’s Mkpuru Mmiri: The Dangerous Drug Destroying Youths

What Is The Meaning Of Mkpuru Mmiri?

Mkpuru Mmiri has become a serious issue in Nigeria and the Southeast with thousands of Igbo youths addicted to the drug.

It looks like ice block and can be blue in colour sometimes. Mkpuru Mmiri is known by experts to be one of the hardest drug addictions to treat.

Mkpuru Mmiri is very addictive and affects the central nervous system of whoever takes it.

It creates a feeling of massive happiness that is very addictive and makes the taker want to fly.

When the Mkpuru Mmiri effect wears off, the taker tries to have that feeling again thereby taking it again.

Mkpuru Mmiri Addiction: How Can You Know Someone Who Is Addicted

According to WebMD, these are the signs of someone with serious meth addiction?

2. Always picking at hair or skin

3. Loss of appetite and weight loss

4. Moving Eyes about every time

5. Strange sleeping patterns — staying up for days or even weeks at a time

9. Psychotic behaviour, such as paranoia and hallucinations

Effect: What Does Mkpuru Mmiri Do To Your Body?

2.Unable To Sleep and Violent

3.The user ages fast and looks sick with lots of pimples.

There is no drug that can cure Mkpuru Mmiri addiction. This is what makes it so dangerous.

The only treatment is Behavioural therapy which we are not sure is available in Nigeria now.

PLEASE STAY AWAY FROM MKPURU MMIRI!!!!!

There is no quick cure or drug for the addiction and the therapy is not readily available in Nigeria like I said above.

A 25-year-old man simply identified as “Monday” has killed his mother’s goat in Ebonyi State after taking a hard drug, Mkpurumiri.

The incident which happened in Ishieke caused uproar as the young man equally burnt his mother’s mattress.

An eyewitness revealed that it took the effort of able bodied men in the community for him to be tied for days before the effect of the hard drug was subdued. 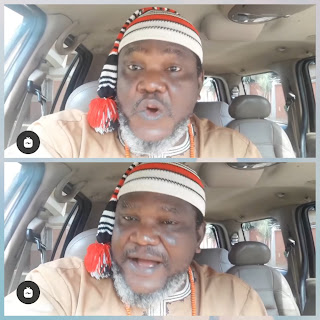 Sharing a video he titled “Attn: LEADERSHIP OF VARIOUS TOWNS” on Instagram, Ugezu J Ugezu called on Igbo leaders to rise up against Mkpuru Mmiri drug. 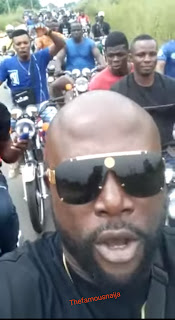 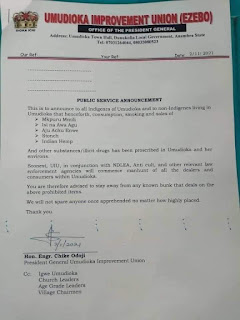 The Umudioka Improvement Union of Anambra State has proscribed the sales and consumption of illicit drugs and substances in the Community.

In a Press Release, the Union warn those still undertaking such business to desist forthwith as they’ll go all out to arrest and prosecute them henceforth with support of the relevant security agencies. 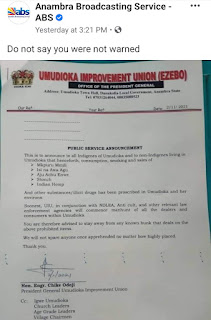 “Do not say you were not warned”.

Some Anambra People and other Igbos have hailed the ban on the sale and taking of Mkpuru Mmiri in Anambra Community. 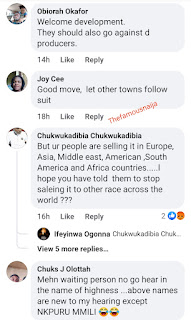 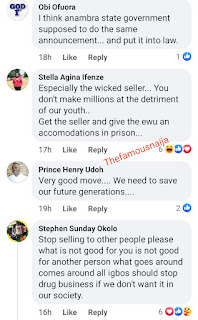 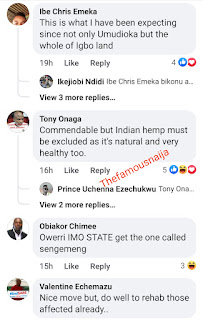 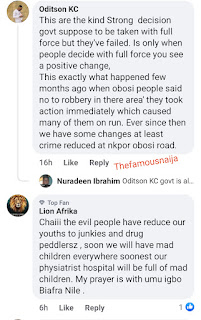 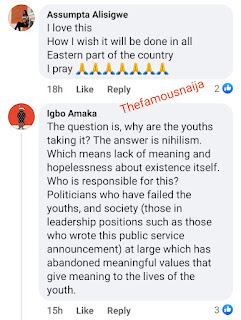 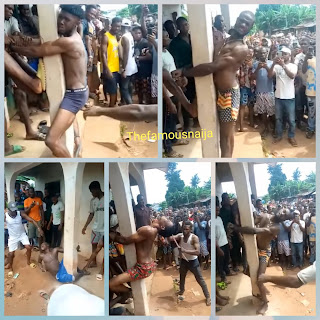 “IF EVERY VILLAGE YOUTH ORGANIZATION WILL BE LIKE THIS… MKPURU MMIRI (ICE) WILL NOT HAVE A PLACE HERE AGAIN.

Mkpuru Mmiri: New cancer in the southeast By Uchegbu

Recently, a video went viral on social media. You may have seen it. If you did not, you lost nothing. The sight was unbearable for many. It was a video said to have emanated from Ebenator, a community in Anambra state(?). I know there is also Ebenator in Imo state. The video came in several shots. One showed a group of youths riding on motorcycles around the town and the commentator said they were youths of the community going about in search of marketers and consumers of mkpuru mmiri. Several other videos showed some boys tied to pillars at a place that looked like a village square. They were surrounded by several other youths while some guys with bulging biceps landed 24 strokes of the case of their bares backs and heads. The others counted while the exercise lasted. Again, the commentator said the flogging was punishment for consuming mkpuru mmiri. Many in Igboland now believe that such actions will end the emerging scourge.

My apologies if you are lost with the name. Mkpuru Mmiri is actually methamphetamine. Some identify it simply as meth or crystal meth. It is also popular as ice. It is described professionally as “a potent central nervous system stimulant that is mainly used as a recreational drug and less commonly as a second-line treatment for attention deficit hyperactivity disorder and obesity”. Wikipedia says “it is rarely prescribed over concerns involving human neurotoxicity and potential for recreational use as an aphrodisiac and euphoriant”. It trades by such other names as desoxyn and methedrine and according to online sources, its addictions liability is high. In the southeast, it trades as mkpuru mmiri.

My initial concern about substance abuse was limited to the effects of marijuana, cocaine and heroin. I am also aware of reality of gum, lizard dropping and pit latrine. But I confess, my knowledge is limited actually. Marijuana is no longer an issue to youths in the south east. Many see marijuana as the starter pack. The real deal is in mkpuru mmiri. I never heard of it until I got into Anambra state recently, where many youths I came across discuss, and use it, it freely. Some would pester one for money to buy more. And many of them told me that marijuana, which is smoked freely on the streets, no longer meet their needs for ‘highness’. My initial reaction was to think that somehow, these guys have found another way of achieving ecstasy with water (as mkpuru mmiri literally translates to water balls). But No! they told me it was stronger and more “charging” than marijuana. I was curious and wanted to know more. And, I asked more questions. I was told that many “street guys” are on mkpuru mmiri. Those who attempted to educate my ignorance told me that it is now difficult to be on the street without getting used to mkpuru mmiri. They also told me that acting under its influence, they could do anything no matter how painful and tragic. I did not believe it. I had seen videos of people wriggling on the ground, even in muddy places, and I had thought they were possessed by those sorts of demons that pastors cast from those who posses them. But, no! I am told those were victims of mkpuru mmiri.

My curiosity expanded. I later travelled to Imo state and right there in my remote village, I engaged some youths in discussion over the increase in the number of mental health cases around. They laughed and said I must be new to what has been happening. I asked questions. “It is the effect of mkpuru mmiri”, I was told. Yes, even in my remote village where poverty stares everyone in the face with commercial motorcycling as the most viable activity, even when it cannot guarantee two meals a day, some still find resource to buy and consume mkpuru mmiri. “Brother”, one said to me, “it is like it has been long you came home last. I am surprised that you do not know what is happening here. Many of our youths are involved. They no longer hide it. Before, it was Indian hemp. Now, it is mkpuru mmiri. How they got to know of it, we do not know. You can see many of them walking up and down the road already mad. And many more will become mad because the drug makes them mad”.

I recall that while driving to my village, I tuned-in the car radio to Sapientia FM Onitsha. The phone-in programme of the day was specially designed for people of 60years and above. I picked interest in the topic and listened. It was about the reality of mkpuru mmiri. I heard men and women, all above 60, call in to comment, and complain, about the impact of mkpuru mmiri on youths around them. That brought home the reality of the widespread usage, and abuse, of the substance among youths. And from my enquiries, the situation is no different in Abia, Enugu and Ebonyi states. In Abia, I am told that it is the most open secret in the streets of Aba. Igboland is facing a crisis!

The reality is that mkpuru mmiri is now the cancer that is gradually destroying Igbo youths. Many of the youths I spoke to are not in doubt that in the next five to ten years, there will be an increase in the number of mental health cases, among youths, in the southeast. How they arrived at this is what I do not know, but they may be statistically correct given the cases they have already witnessed around them. I also recall that sometime last year in Orlu, Imo state, a woman, said to be a health management expert, made a video that went viral where she warned other women, during their annual August Meeting, that the number of mental health cases was bound to rise in the next five years as a consequence of the consumption of mkpuru mmiri. She went around the town like a town crier, calling on parents to take action.

I am not a mental health expert. I am also not deeply schooled in issues that relate to mental health as a consequence of substance abuse. For this reason, therefore, I think it is time that experts in this field go on the offensive and begin mass public enlighten campaigns against mkpuru mmiri. It is time for the National Orientation Agency (NOA), and all similar agencies in the states of the country to gird their loins and try to re-establish their relevance using mkpuru mmiri as campaign focus. Parents, guardians, town unions, faith-based organizations etc., there is a problem coming. It is already here. The call for action is urgent. I have a feeling that what we see as violent agitations, banditry and terrorism, as expressed by all the renegade groups across the country, may actually be the outcome of the consumption and abuse of mkpuru mmiri or other such drugs. This is because, as has been said, mkpuru mmiri can also cause compulsive irrational behaviour.