Iyabo Ojo has successfully completed the final burial ceremony for her late mother, Olubumi Fetuga. Mercy Aigbe, Toyin Abraham, Moyo Lawal, Odunlade Adekola, Kate Henshaw, and Bukola Adeeyo were among the many Nollywood celebrities in attendance to support one of their own.

On the one-year anniversary of her mother’s death, the actress commemorated the occasion.
Guests at the commemoration ceremony and ultimate burial were given bags of pepper by Toyin Abraham.

Fresh peppers were wrapped in bespoke packets by the popular actress and distributed to the visitors and attendance.

Iyabo Ojo has expressed his gratitude to everyone for their love and support.
The actress also expressed gratitude to her family members and expressed affection for her son, Festus Ojo.

When she stares into his eyes, the actress says the thrill in her heart is “unexplainable.”
Take a look at her post below.

“The joy I feel in my heart every time I look into your eyes @festo baba is indescribable.”motherslove #vof2021′′ You are my joy of incalculable worth.

See the photos below; 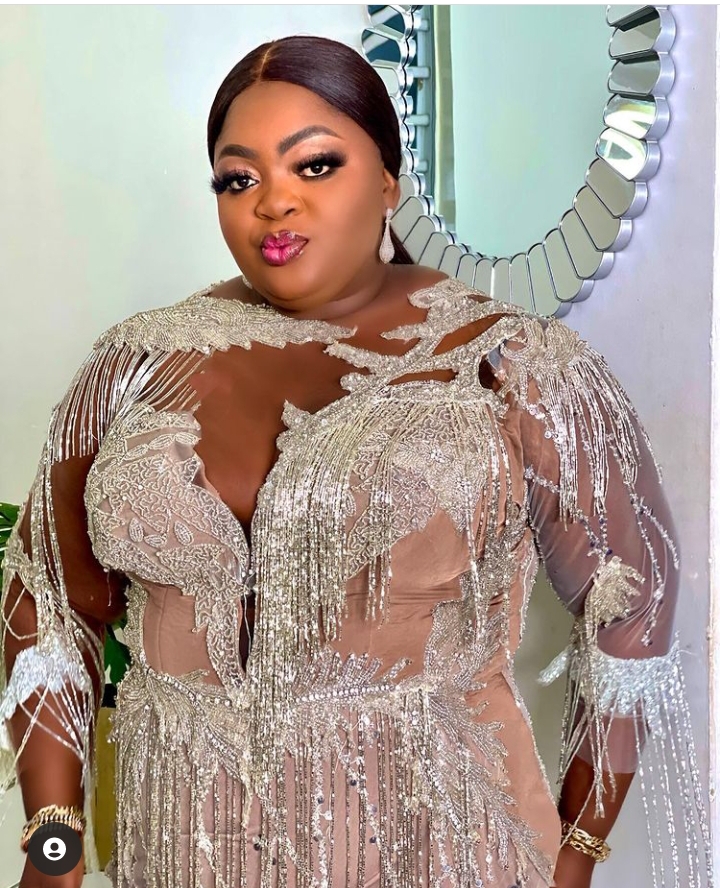