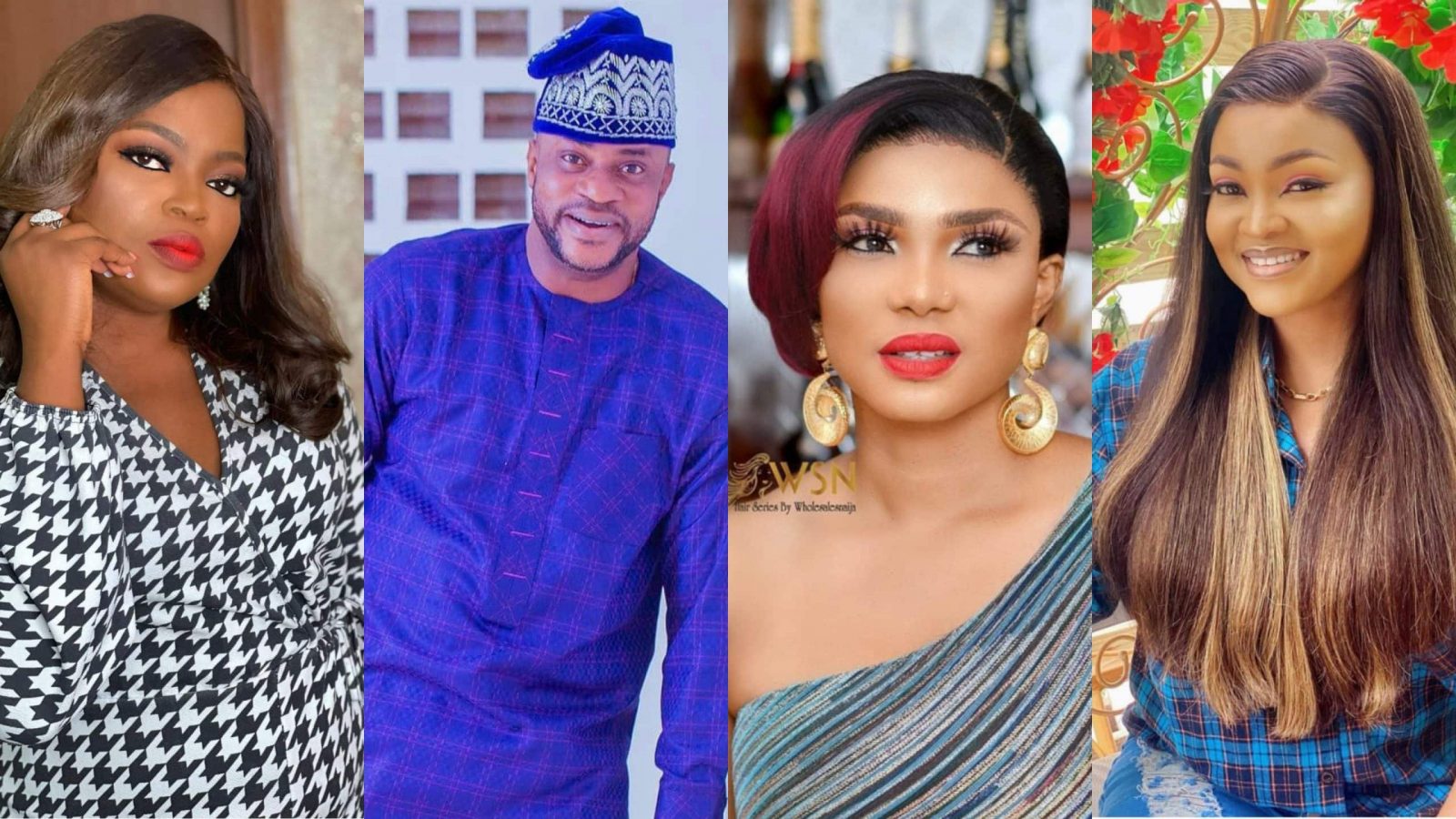 Top 10 Richest Yoruba Actors in Nigeria & Net Worth (2021) Nollywood Yoruba has undoubtedly held its place in the Nigerian entertainment industry.

Suffice to say that this aspect of Nollywood has paved way for celebrities over the years that have come to take the entertainment industry by storm.

Of the three Nollywood (Yoruba, Igbo/English, and Hausa), the Yoruba Nollywood is the most consistent and have remained had the most versatile actors in Nigeria.

Versatility in terms of crossing between the other Nollywood. Interestingly, being an actor today is far more rewarding today and it is no surprise that more potential stars are featured almost on a daily basis since in Yoruba movies.

Beyond being probably the highest paid in their niche, some of these celebrities either have businesses, personal production outfits or mouth-watering endorsements that have pitched them above the rest of their contemporary.

Below are the top ten richest Yoruba actors in Nigeria and their net worth:

She was born on August 24, 1977, in Ikorodu, Lagos State, Nigeria. Funke is the second of three children (two girls and one boy).

Her mother is a Medical Doctor while her father is a retired School Principal. Funke obtained an Ordinary National Diploma (OND) in Mass Communication from the former Ogun State Polytechnic, now Moshood Abiola Polytechnic, and got a Law degree from the University of Lagos, Akoka, Yaba.

Funke is best known for her TV franchise ‘Jenifa’ has been living the dream since the start of the franchise and its sequel, ‘Return of Jenifa’.

Funke owns a production outfit plus is a brand ambassador to several brands, including Globacom and Nairabet Interestingly.

Funke was announced by Hooper as the second richest Instagram celebrity in Nigeria after Davido, while Wizkid sits behind her! According to Hooper, a single post by Funke on Instagram is valued at $50,500 (N18 million). And with an estimated net worth of $3.5 million, Funke Akindele is the richest Yoruba actor in Nigeria.

Odunlade Adekola (born 31 December 1976) in Abeokuta, the capital of Ogun State. He was born to a Christ Apostolic Church choirmaster father, who later became a pastor in the same church.

His parents, Pastor, and Deaconess Adekola are natives of Otun Ekiti, in Ekiti State, Nigeria. He attended St John’s Primary School and St. Peter’s College in Abeokuta, obtaining the West African School Certificate Examination before he proceeded to Moshood Abiola Polytechnic, where he received a diploma certificate.

He proceeded to further his education and in May 2018 he received a degree in Bachelors of Business Administration at the University of Lagos.

His immense talent is second to none that he can fit into any role and play any character. Beyond his immense acting skill, Odunlade is the owner of Odunlade Adekola production outfit and is a brand ambassador to several brands and multinational organizations such as Globacom and Goldberg.

She was born to Pa Aigbe and Mrs. Abisola Grace Owodunni. She hails from Benin City, the capital of Edo State.

She is the second child in a family of five. She attended Maryland Comprehensive Secondary School Ikeja, Lagos. She is an alumnus of The Polytechnic, Ibadan, Oyo State, where she received her OND in Financial Studies and then proceeded to the University of Lagos where she bagged a degree in Theatre Arts.

Call her THE FASHIONISTA and you won’t be far from the truth. Classy Mercy Aigbe is one of Nollywood’s most fashionable celebrities with a touch of controversy.

Beautiful Mercy Aigbe is the third richest Yoruba actor on our list with an estimated net worth of $1.1 million (N400 million). Mercy owns a N200 million home in a high brow area of Lagos.

Although it was claimed that she was being financed by a former governor of Lagos State.

Femi Adebayo started his acting career in 1996 and to date, he is still famous raking as many awards during his career.

He is also referred to as “Jelili”, all thanks to the movie with the name title. Femi Adebayo is the MD/CEO of J-15 media network Nigeria and has an estimated net worth of $400,000.

Olaniyi Afonja (born December 14, 1974) is a Yoruba comic actor and movie producer and is also one the title of one of the highest-earning Yoruba actors Although Sanyeri has been acting as far back as 1992, he didn’t break through until he relocated to Lagos where he joined a theatre group.

Olaniyi Afonja, popularly known as Sanyeri, a certified movie producer, has an estimated net worth of $350,000.

Dayo Amusa Born in Lagos (where she was also raised), the actress is also a singer with business acumen.

Before she became a movie star, she was at MAPOLY to study Food Science and Technology, where she started the process before getting to where she currently is.

Some of the awards she has won in her successful career include ‘Nollywood Female Face Of The Year 2017’, ‘Pink Awards, Best Actress Indigenous’, ‘Nollywood Movies Awards 2014’, ‘Best Kiss In A Movie BON Awards 2013’, ‘Best Crossover Act YMAA 2014’, ‘Outstanding Performance 2010’, ‘The Ambassador Club and Award Of Excellence 2016’.

Iyabo Ojo is not just an actress but also a businesswoman who makes a lot of money from various ventures.

She has connections with popular people in the country – including well-known politicians.

For instance, when she opened an eatery, it was inaugurated by the First Lady of one of the States in the country. She also vests in general catering services and event management.

Although Iyabo Ojo is no longer seen in movies compared to way back, it doesn’t make her less of an actress. Iyabo Ojo has an estimated net worth of $220,000

Muyiwa Ademola is undoubtedly a popular face in the Nollywood Yoruba movie industry. He is equally among the list of influential Yoruba actors in Nigeria who have made a name for themselves. He is a talented scriptwriter known for producing and directing an award-winning movie, ‘Ori’.

Muyiwa reportedly owns a N20 million mansion among a handful of other properties. He is a brand ambassador for Schemelink Properties Limited. Muyiwa Ademola has an estimated net worth of $200,000.

Fathia Balogun (born in Ikeja, in 1969) originally hails from Okpara, Delta State. She had her primary and secondary education at Maryland Primary School and Maryland Comprehensive Secondary School in Lagos state respectively. She has a degree from Kwara poly.

Fathia Balogun’s successful career as a popular actress has seen her earn numerous awards, including the ones she produced.

Wale Akorede Okunnu Wale is on the list, as he has been able to make a lot of money for himself over the years. He has starred in a lot of movies since he debuted as an actor, and he is one of those that pushed their ways through via their funny acts. Before he became a big name in the industry, he started with a business.

Currently, he remains very hardworking, a very busy actor that is into various aspects of the film business.