She is a Nollywood actress, film director, producer, television director and casting director. As of 2019, she’s one of the most influential Nigerians in films.

She’s a film director who was given birth on the 10th of October, 1979. In 2015, pulse magazine named her as one of the nine female movie directors. In March 2018, in commemoration of the woman’s history, Tope was celebrated by OkayAfrica as one of the Okay 100 women.

She’s from a devoted Christian family. She loves drawing, singing and dancing. She has the inspiration of being a painter.

She went to the University of Ilorin, Kwara State to study Economics but she left the course for Public Administration and later Theatre Arts T.V and Film Production at Lagos State University (LASU).

She was an actress for 12 years. She featured in movies like Rentless in 2010. She left acting for directing as she worked as an assistant director for Apprentice Africa and she became known since then.

She has produced the highest box office breaking movies in Nigeria. She produced ‘The Wedding Party 2’ in 2018. She also directed ‘New Money’

In 2002, she got married to a screenwriter, Yinka Ogun. They are blessed with four kids. In 2014, they had a permanent separation.

The ex-husband of Tope Oshin is Yinka Ogun, a screenwriter in the broadcast industry. The union is blessed with four kids. The duo got separated in 2014.

Tope is avtive on Insttagram. Her handle is @topeoshinfilm. She has 50.7k followers on the social media platform.

Tope Oshin is a celebrity Nigeria entertainer and one of the richest and most influential with a net worth of 1 million dollars. 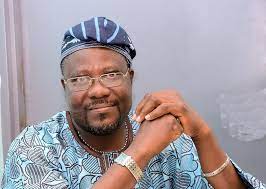