Victor Osimhen eyeing French League Golden Boot award – The Nigerian star has scored ten goals in 18 appearances for Lille so far – Osimehn has Ben Yedder and Kylian Mbappe to contend with for the prestigious prize Super Eagles striker Victor Osimhen wants to end his first season in the French League as the highest goals’ scorer. The Nigeria international has scored ten goals and three assists in 18 Ligue 1 appearances so far this campaign. He also has two UEFA Champions League goals in five appearances for Lille since he joined them in a £10.2 million deal last summer.

The 21-year-old currently sits third on the scorer’s chart after Wissam Ben Yedder with 13 goals and Kylian Mbappe (11) after the same number of games. 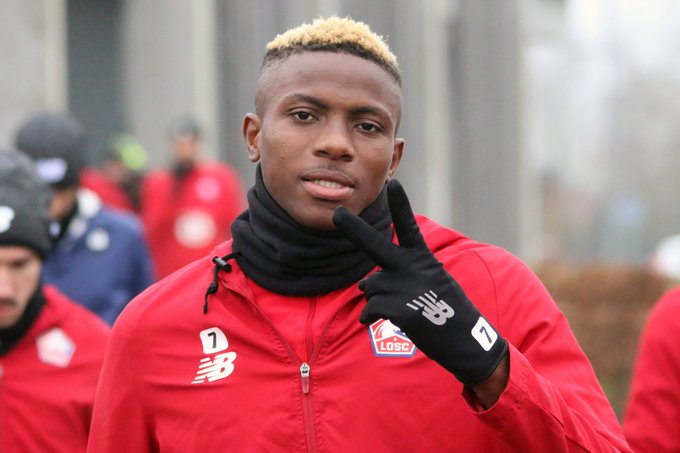 He was however quoted by Football Live saying competition for the Golden Boot at the end of the season is one of his goals.

Earlier reported that Victor Osimhen has been ruled out of Barcelona transfer target for January and next summer, ending the speculations linking him with Spain move. The Nigerian international has been consistently linked with top European powerhouses including Tottenham, Chelsea, and Liverpool. He joined the French giants from Belgian top side RSC Mouscron for a fee worth of €15 million and became an influential figure in his debut season.