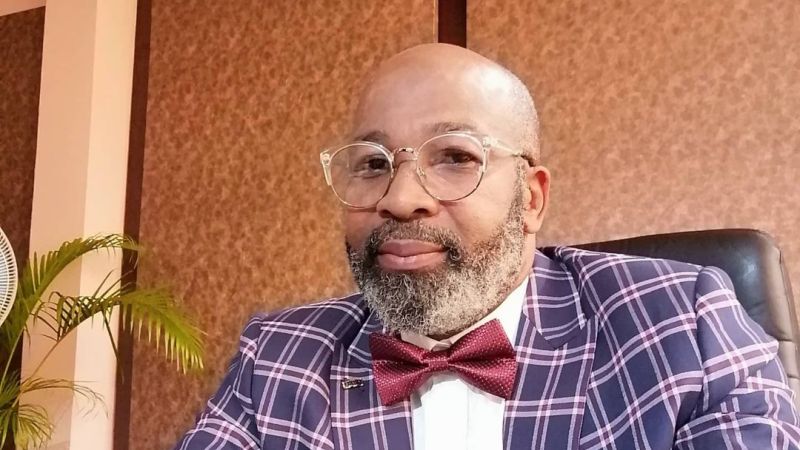 This post contains Yemi Solade Biography, Early Life and Education, Career, Net worth, Social Media and IMDb, We you hope you will enjoy reading this well researched information about Yemi Solade and His Life Story. Please Kindly Drop a Comment after reading this thank you.

He is well-known among Yoruba filmgoers and is well-known in the Nollywood film industry for his roles in films such as Widow, Voiceless Scream, and Elevator Baby.

Yemi Solade is regarded as one of the forefathers of the modern Nigerian film industry. In addition, he has appeared in films such as Madam Dearest, Pasito Deinde, Iriri Mi, Bread Winner, and Thunderbolt.

Yemi Solade was born on January 31, 1960, in Surulere, Lagos State, Nigeria. He belongs to the Yoruba tribe and is a Christian.

Yemi Solade spent his childhood in Lagos State, growing up in Adeniran Ogunsanya on Ogunlana Drive.

Yemi Solade attended St. Acquilla Primary School before transferring to Birch Freeman Secondary School for his secondary education. She continued his education at the Oyo State College of Arts and Science (OSCAS) as he prepared for the Joint Admission and Matriculation Board (JAMB) examination after an attempt to obtain his A’level certificate abroad failed.

In addition, he enrolled at the prestigious University of Ife (now Obafemi Awolowo University O.A.U) to study under renowned Professor Wole Soyinka.

He attended Ahmadu Bello University for a Master’s degree in Public Administration after graduating from O.A.U with a degree in Dramatic Arts. Yemi Solade also holds a Sociology and Anthropology degree from the University of Leicester in the United Kingdom. He also holds an O.A.U. degree in International Relations.

Yemi Solade began acting at the age of 17 during Festac 77, an Arts and Culture Festival held in 1977. As a young Surulere lad, he won the Lagos State dance championship three years in a row and represented Africa in world dance competitions in Spain. He made his stage debut in Crazy Youngie, a 45-minute monologue in which he played both a passenger and a driver.

Yemi Solade taught at universities and polytechnics such as Ramat Polytechnic, University of Maiduguri, and Kaduna Polytechnic after finishing his education. He later relocated to Kaduna, where he worked as the Assistant Director of the Kaduna Music and Drama Society, an entertainment hub established by the Deputy British High Commission.

Later, in 1993, Yemi Solade camped at O.A.U, where he was appointed Artistic Director of Professor Ola Rotimi’s theatre company. He directed his first Yoruba film, Oju Inu (Insight), with Wale Adenuga, the current CEO of the PEFTI Film Institute. His team was the first to premiere a film at Muson Center, but the film did not progress past that point due to financial constraints.

Yemi Solade has also appeared in all of Wale Adenuga’s television shows, including Papa Ajasco, Super Story, This Life, and Odd World. He is best known for his roles in films such as The Widow, Voiceless Scream, and Elevator Baby.

Yemi Solade is an active Instagram user who has over 316k followers. Nonetheless, he is active on other social media platforms such as Facebook and Twitter.

In an interview, Yemi Solade revealed that her parents intended to Islamize him. His marriage to Hannah Marsh Solade resulted in the birth of two children, Rola Solade and Femi Solade.

Yemi Solade was chastised in June 2021 for supporting the Nigerian government’s Twitter ban.

To the chagrin of many Nigerians, Yemi Solade defended the president’s Twitter ban, claiming it was the best decision the government could make. However, he never apologized or changed his mind about the incident.

Yemi Solade is well-known in the Nigerian film industry, also known as Nollywood. He was one of the first actors to lay the groundwork for the industry, particularly the Yoruba version.

He is employed because of his wealth of experience in film directing and cinematography. TAMPAN (Theatre Arts and Movie Practitioners Association of Nigeria) was founded by him and Adebayo ‘Oga Bello’ Salami, Jide Kosoko, and Dele.

Yemi Solade is the president of The Shakers Foundation. According to various sources, his net worth is estimated to be $500,000 USD.

You can check Out his Filmography in the below description

Thank you for reading Yemi Solade Biography, Early Life and Education, Career, Net worth, Social Media and IMDb. The Information contained in this article, were gathered online. Kindly call our attention to any part of this article you deem incorrect or Misleading.